Well the Wall Street Journal in an article from July 12, said, "The housing market has turned- At last."  And in my last

blog on housing stats for May 2012, I said how the last 2 months showed positive upward movement in number of sold homes and in the prices of the homs.  However, June's stats are running contrary to the last 2 months and to the WSJ report.

Here is the breakdown for the Mississippi Gulf Coast Single Family unit Sales for June 2012 as compared to May 2012 and June 2011 according to the MS Gulf Coast MLS Single Family Unit Sales.

As I have said before, all real estate is local.  So despite the Wall Street Journal, it appears that we are still here on the coast bumping up and down on the bottom. While we had 2 months of upward trend, June puts a damper of a complete turn. However, talking with agents across the coast, most seem to believe that they are seeing more activity and more interest now. I too, believe that people are more confident now in our local area.  I will keep you all posted.

In the meantime, if you would like to know how the market is in your neighborhood, call Gerard Maher with Gulf Coast Realty at 228-229-4685 or email me at CallGman1@gmail.com  I will be happy to provide you with an analysis of your neighborhood here on the coast.

Hi Gerard,  always enjoy viewing information on other communities.  Thanks for sharing with us.

Hello Gerard, I wish you continuing sucess! How is the market in area?, Is there more REOs than SS? Is the current market improving? James

Our market is still doing REO's and short sales, and all cash sales hover around 35% of the purchases.

However, I think we have turned the corner. I see light for the housing market here on the Mississippi Gulf Coast!

Hope both your areas are doing good too! 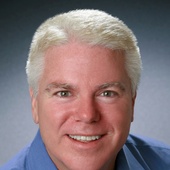