Like:
Home > Blogs > Scott Godzyk > One of the Manchester NH's area Leading Agents

Real Estate professionals have been saying this for nearly 3 years but no one was listening.  FINALLY a printed article in main stream media that says it like it is. The government has delayed recovery by the moratoriums and policy. The market has to finish its cycle to move forward. The main stream media has lumped all markets into one which is wrong. Some areas did not get hit as hard as others, some started their recovery 2 years ago. Some are just starting. Here in NH are market has stabilzied, sales are up, current listings are down and buyers are enjoying the ultra low interest rates by buying.

Last month, in the blistering heat of Denver, participants ranging from economists to green architects addressed some of the most pressing real estate issues at the National Association of Real Estate Editors annual conference. After hearing from more than two dozen speakers over three days, I took away three points:

Re/Max LLC CEO Margaret M. Kelly pointed out that 4 million seriously delinquent homes have already gone through the foreclosure process, but that there were "4 million to go." Thus, if it has taken three years to get 4 million homes through the foreclosure process, it may take another three years for the remainder of the so-called "shadow inventory" to make it into the hands of non-bank owners.

On the other end of the spectrum, Yun projected that 2013 could bring an average price appreciation of 10 percent. This rosy scenario is based on the assumptions that the supply of new homes remains static and that federal policymakers do not exacerbate the economy's problems. Industry overreaction to previous abuses in the appraisal and mortgage underwriting areas were also cited as two significant factors holding back the recovery. Yun even quantified these problems, saying that home prices would be 10 to 20 percent higher with accurate appraisals and 15 percent higher with appropriate mortgage underwriting scrutiny. But since cash transactions account for 33 percent of all transactions, these "frictions are hiding the dysfunction in the real estate market," Yun added.

Who is buying all these homes? Mark Obrinsky, chief economist for the National Multi Housing Council, said Generation Y (those born 1980-1995) appears to be oriented more toward renting than ownership. As examples, he cited the popularity of services like Netflix, Zipcars and the cloud. The generation's desire for mobility and its sizeable student loans, he said, also support the conclusion that many 20- and 30-somethings may not be ready to buy a house any time soon.

Still, investors are more than happy to provide them with smaller, more reasonably priced rental units. After all, renting even a small apartment is better than living in their parents' basement. Renting their own apartment provides the coveted independent feeling that Generation Y'ers seem to crave. All indications are that investment in rental units will be a fairly good sector in the real estate market for the next few years. "We will have to wait and see if there will be a permanent shift" to a nation of renters, Obrinsky said.

Perhaps because no government officials were speaking and the conference was 1,671 miles from the nation's capital, a decidedly anti-Washington theme emerged. Many participants expressed the belief that the recovery would be further along but for governmental interference. "Washington is the biggest obstacle to our recovery," said Robert Jacobs, chief investment officer of Broe Group, a Denver-based real estate investment and development firm. "The best thing they can do is to stop doing anything. The economy wants to grow. Washington is not the solution, it's the problem."

Yun of NAR stated that in judicial foreclosure states - where a lender has to seek court approval before completing a foreclosure - seriously delinquent loan inventories remain high. "Supply is not connecting with demand, so prices are not healing," Yun said. Echoing this view was Stan Humphries, chief economist at Zillow. "Artificial suppression [of foreclosures] is not helpful," Humphries said. "Moratoriums are not helpful. These actions have definitely not helped and are keeping home prices down."  Indeed, Re/Max's Kelly pointed to the administration's one-time homebuyer credit as merely accelerating sales into the year of the credit, at the expense of sales in the year after the credit expired. "Stop the artificial stimulus. Let the market settle where it needs to settle," Kelly added.

Harvey S. Jacobs is a real estate lawyer in the Rockville office of Joseph, Greenwald & Laake. He conducts residential and commercial real estate settelements throughout The District of Columbia and Maryland, He is an active real estate investor, developer, landlord and lender. This column is not legal advice and should not be acted upon without obtaining legal counsel.

Thanks to our friend Harvey Jacobs for allowing us to post this article as a guest blog. We represent home buyers and sellers as their exclusive agents in the Maryland suburbs of Washington DC. 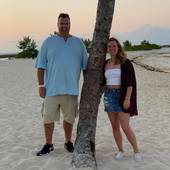