The NAR has rolled out a new propaganda campaign telling people how its such a great time to buy a home and how property values double every ten years.

When is the Chicago real estate mob going to realize that the American public are tired of being lied to, even if its a lie they want to hear and believe.

Former NAR president Thomas Stevens has been unable to sell his Northern Virginia home since 2006.

His property was grossly overpriced from day one and property values in the area have dropped 40% to 55% in contrast to the NAR position that values have only gone down 1.9%

The figures we are quoting come from public records published on a local blog site.

What type of mixed message is the leadership of the realtors guild sending to the public when they say "we can help. trust a realtor, we can sell your home" in a market where property values are dropping like a rock?

Talk about the blind leading the blind.

How is the rank and file person trying to make a living in the real estate business going to have any credibility with the public when the organization they are forced to join just lies day in and day out to the public?

Does anyone here remember David Lerah?

The list and hold method of marketing real estate is broken & flawed.

The NAR has told the American public that they need a realtor to figure out what price should be the line in the sand for a property. They added insult to injury by writing up laws that the negotiations for a property must be done secretly and an agent (in many states) cannot tell a prospective buyer the reason for the sale or what the last bid/offer was.

People are tired of being lied to and forced to play games worse than the old used car salesmen 'lets run it up the flagpole and see if it flies' kind of treatment... yet thats what they have trained over 2 million of you to do.

Auctions on the other hand are open and transparent with full disclosure of the property and dynamic market pricing.

It's time for a change, either continue to do secret negotiations one-on-one using a broken list and sell model.

Either Way the housing market facts program is a bunch of BS that the public will see right through and damage the reputation of each and every local agent who must bow to the monopoly of the NAR of be denied access to the sacred MLS.

Show All Comments
Kurt Vierheller
Flagstar Bank - Wilmington, NC
That is amazing info. Its like the media gives over the top info and now the Mob!!!!!
Like
Billy Burke
The Auctionarium - Altadena, CA
CAI - AARE

Please tell me how the average person can get into the real estate business without joining?

Like
Renee Stengel
Houlihan Lawrence, Associate Broker - Katonah, NY
Westchester County
The housing market aside, if the house is overpriced don't blame the market.  He made his market and that is why he has not sold.
Like
Billy Burke
The Auctionarium - Altadena, CA
CAI - AARE

Then you are saying the system is not broken?

Everything is just fine in American real estate today.

You are saying it's OK to lie to people to promote the broken methods used by the industry.

Like
Kate Bourland
Marketing with Kate - Redding, CA
Onlilne Marketing Mobile Marketing
Billy, I am not a fan of Real Estate Auctions as a total solution to the problem. I do hear your message.  It does not make sense for the leader of the NAR to have a property on the market that is priced well over market value.  It sends a mixed message.
Like
Billy Burke
The Auctionarium - Altadena, CA
CAI - AARE

I can see why you are not a fan of auctions, they establish a true present cash market value for real estate.

An auction is an open and transparent transaction with nothing hidden in secret negotiations.

Your business as a Home Equity Mortgage Broker is based on fraudulent appraisals which overinflate values.

Creating a situation like I have pointed out here.

Appraisals are nothing more than a "guess" as to value and millions of them have been used to fund fraudulent mortgages over the past five years.

Auctions place hassle free cash on the table as an option for sellers of real estate so I guess that would be going against the broken list and hold system that is used by over 1.4 million realtors.

Did you know that over 2 million properties were sold at auction in 2007 yet there are only about 6,000 NAA auctioneers?

If you can't see the writing on the wall just do the math to see which way the train is heading.

I have felt the NAR has been sending the wrong message for a long time--since the market started to turn. The public isn't stupid. The NAR needs a new economist and a new PR company.

We have not heard much lately about the Market FACTS program.

Anyone here have luck with it?

What a great topic...Even the president of NAR overprices his home and it still does not sell for 2 years..I wonder if he used a Realtor or went the FSBO route...THE train has left the station, and its not coming back until the market has absorbed the millions of overpriced homes already getting stale on the shelf..Whoo WHoo

I wonder if the property has sold yet?

Maybe this realtor needs to hire an auctioneer to get the job done.

Like
David W. Bolick
Network Real Estate, Inc. - Little Rock, AR
Who cares whether there is "Transparency" in a sale or not.  What's that got to do with the price of tea in China?  If auctions were the cure all then why not buy everything from cars on the auto lot to popcicles at the grocery store.  Supply and Demand is the market place and always will be in my opinion.
Like
Billy Burke
The Auctionarium - Altadena, CA
CAI - AARE

The person spending hundreds of thousands to over $1 million dollars cares about transparency in a transaction.

Your attitude sounds typical of the NAR "party line" screw the consumer, tell them what we want them to hear.

Personally every vehicle I have purchased since 1991 (about 45) has been at auction and thats how I sold all of them when finished...

Quick, easy, hassle free, no BS from a salesman and one payment.

Have you ever heard of something called the New York Stock Exchange?

The auction held daily sets the price & value of every big business in America, transparent and all cash.

We are talking about the leader of the largest trade association in the world not dealing with reality, such a fine example for the rank and file troops.

BTW the price of popsicles at your corner market are set by a little auction held daily in Chicago, the commodities exchange. 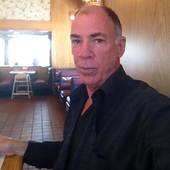 Home Selling over 6 years ago
bookmark_border
April is Auction Season & We Will Pay 3% For Your ...
View more Recent Posts   arrow_forwards