Warwick, RI, July 24, 2012…Statistics released by the Rhode Island Association of Realtors today show that sales continued to climb in the Rhode Island housing market in June.  With a 17 percent increase from June 2011, June marked a full year of increased monthly single family home sales from the prior year.  The increase in sales has caused the supply of homes on the market to fall steadily.   Median price fell six percent from June, 2011, to $202,500 but rose from $195,000 in May.  Pending sales, those under contract but not yet closed, continued to rise for the 13th consecutive month.  All trends point to a market that is regaining stability.

"With the market coming back into balance thanks to increased sales, prices have climbed each month since February.  Overall, we seem to be on a slow but steady path to recovery," said Jamie Moore, President of the Rhode Island Association of Realtors.

The multi-family market saw increases in both sales and median price, up 12 and 4 percent, respectively.  The median-priced multi-family property sold for $124,500 in June.  Median price was $150,000 when excluding those properties sold through short sales or foreclosure.  The number of multi-family properties for sale dropped 21 percent last month while the number of pending sales grew by 13 percent.  Though still high at 43 percent of all sales, the percentage of distressed sales continued to drop from 46 percent in June, 2011.

"The multi-family market is typically an investor's market.  Increased sales and pending sales indicate that they're seeing value in the market right now," said Moore.

The condo market did not fare as well in June, with sales down 5 percent and median price dropping to $177,600, an 11 percent decrease from the previous year.  However, pending sales, considered the best indicator of future market health, grew 100 percent in June.

The condo sector has seen the smallest percentage of distressed sales  – in June only 16 percent of sales sold through short sale or foreclosure.  The median price of conventional sales was $201,950.

The Rhode Island Association of Realtors will be releasing statistics for the second quarter on July 31. 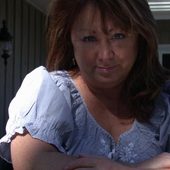