If you have ever been to Gator Lake at St Andrews Park Panama City Beach you probably have seen Stumpy sunning himself on the bank near the visitor’s boardwalk.

Stumpy was a seven foot gator that seemed to like the attention he received from the Park visitor’s.

Stumpy got his name several years ago after a bad encounter with a 12 foot gator that also lives in the Park. Stumpy lost the fight along with a good portion of his right front leg.

Park Manager Brian Anderson said most likely Stumpy was hooked, shot in the head and his tail removed for the meat.

Anderson said that that the present time they do not have any suspect but they are continuing the investigation.

While gator hunting is not illegal In Florida with the proper permits and while in season, it is never legal in the State Parks.

Stumpy was one of about 12 gators that live in Gator Lake year round with that number increasing during the summer months when other gators visit the Park.

This isn't the first crime of this type in Bay County. In 2009, authorities arrested five men for killing an alligator the exact same way in St. Andrews State Park.

Oh, that is awful. How can people be so cruel. RIP Stumpy.

Hope they find out who did this and punish them.

Like
Edie Czerniak
NextHome Advisors - Cape Coral, FL
My Only Purpose is to Deliver Successful Results

Why do humans have to be so mean.  Obviously he was at a disadvantage already.  May they throw the book at whoever did this. 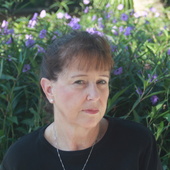