The Star Bulletin announced the following:

May the screaming begin.  The original fight for Camp Kailua was settled by banning all but one vendor of windsurfing and parasailing which is technically outside the park.  Over the past years more and more kayak and other ocean activity rentals have either rented to tourists from across the street and had the tourist walk the kayak on a roller cart or nearby businesses would rent the kayaks or other equipment for use and then park a truck with trailer and deliver the equipment in the morning and take it back in the afternoon food trucks have been a welcome respite for a day at the beach.  Those would be prohibited too.

Kailua is a bit odf a split personality.  Even in 2000, when I was President of the Kailua Chamber of Commerce, we had three distinct groups.  One, the group of old timers, mostly retirees who don't want Kailua to change in any way and would prefer it go back to 1960.  One, were those of us who moved to Kailua in the late 70s and 80s who appreciate the increase in business brought to the area (I avoid Ala Moana or shopping in Honolulu as far too stressful) and the fact that the tourists come and spend their money to support our businesses and our infrastructure but who are very happy they go back to Waikiki in the evenings.  The third group is all for expansion, bringing big box retailiers, bussing in large commercial busloads of tourists that overrun our beaches and downtown shops.

You can pretty much figure out what each group's response to the Bill and the Ban was and will be.  Kailuans are very active and outspoken on their little town.  But the bill did seem to "throw the baby out with the bathwater".  I agree that the traffic and crowding is pretty bad.  Getting in and out of Kailua town is now a chore most times of the day.  Certain restaurants (in the tour books) are now so crowded that Ka'amaina just don't even try to go. (The perils of losing your local customer base is another article.)

Somewhere there is a comprimise on unbrideled expansion, buses of tourists, reasonable activity at the beach, allieviation of traffic, and parking woes while supporting our businesses that help support us, so that all may enjoy the special and wonderful place we call home, Kailua.

I am insulted by your tone and attitude towards long time residents in this article.

Most of us like positive change. We make improvements to our homes and support businesses that operate in TOWN. We were delighted to have the downtown Kailua improved with new art and high quality merchants.  We enjoy watching visitors enjoy our slice of heaven alongside us.  In fact, we help them when they get lost or stung by man-o-war with the true Aloha spirit.

What we resent is the abuse and overuse of our home, which we love so dearly.  We do not like sitting in 45 minutes of traffic in our one lane RESIDENTIAL NEIGHBORHOOD, on our way to work or the emergency room because a BUSINESS is conducting illegal operations in the middle of our narrow street.  We do not appreciate being kept awake all night long by short term renters who feel they have the right to behave badly because they are on vacation.  What we are asking for is some regulation; some protection; some courtesy.  We feel taxed and exhausted by this invasion of chaotic, unstructured activity.

I think that what we are asking for is what our state and its politicians owe us.  Respect, protection, enforcement of laws, and regulation would be good places to start.

I'm sorry that you feel my tone was inappropriate.  I am also a long time resident - 35 years, so I feel I do have a right to my opinion of the situation.  I do feel that proper enforcement of our current laws would better solve the overuse and crowding situation.  Thank you for your comments. 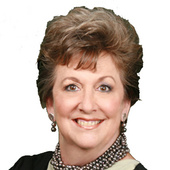