According to the Mortgage Bankers Association’s Weekly Applications Survey, refinance activity rose 2.0 percent last week, reaching its highest level since April 19, 2009. The increase followed a 22 percent surge the week before and pushed the refinance share of total mortgage activity up to 81 percent. But, despite the gains in refinance demand, the Market Composite Index, which measures total mortgage loan application volume, was up just 0.9 percent due to a 3.0 percent drop in the seasonally adjusted Purchase Index. The average contract interest rate for 30-year fixed-rate mortgages with conforming loan balances was unchanged, resting at 3.74 percent. It is the second consecutive week that average mortgage rates were at all-time survey lows. 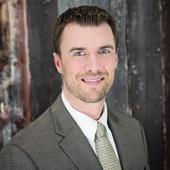