One example of a City that strives to stay ahead of a struggling economy is Southfield, Michigan, a suburb of Detroit. Southfield’s response to high vacancy rates that resulted from reduced automotive production/sales over the past decade is a “retail development strategy” that will focus on two different industries: healthcare and high-tech. The Heartland Real Estate Business reports that “through an aggressive campaign…Southfield is now a central hub for healthcare, technological, and other innovative employers who are coming back to the region.” Southfield’s largest hospital is already beginning a $5 million expansion and renovation to its Emergency department, as well as a $14 million capital improvement plan for the hospital’s campus.

Another example of a City that has remained stable through hard times is Columbus, Ohio. A recent article in the Midwest Real Estate News® reported a substantial boost in retail activity. Currently underway is the construction of a Menard’s, in addition to an 80,000-square-foot store to open in 2013. The advent of these stores is expected to employ as many as 175 employees.  The article also discussed the development of two new parks downtown. One of these recently developed parks features a large Pavilion with a 40 x 60 foot stage, an outdoor reading room, several gardens, a café, and a pizza parlor.

The City of Springfield, Illinois has a very similar story laid out for the advance of commercial real estate. The MacArthur Blvd TIF District has been established within the last year, the East Springfield Commercial Plan is close to being put into action, and St. John’s Hospital is now renovating its Surgery/In-patient wing and bridging 7th St. and Mason St., which will add about 285,000 square feet. Increased retail activity is the planning stage for an 80 store outlet mall in the Southwest part of the City. Springfield is positioned to see increased activity in jobs and development due to its established base in the medical, retail, and State Government office, and agricultural sections of its economy. 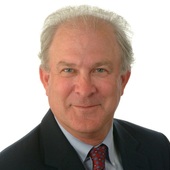