Much advertising by so called 'buyer' agents is no better than a "5 hour energy" drink ad I saw yesterday.  The ad makes the following statements:

2.of those responding 73% would recommend a low calorie  energy supplement to  patients that used them.

I make the connection with buyer agent advertising because the deception in both cases is one of omission and it is intentional.

In the case of buyer agents it often consists of advertising buyer agent services without disclosing that those services may not even be available - as in the case where the agent works for a company that also represents sellers.

This commercial drives me crazy. It doesn't make sense. Doesn't prove anything. And doesn't even really claim anything. It's a bunch of disconnected thoughts.  Why they keep playing it during the Olympics is a mystery.  Such poor quality advertisement. And they really must think Americans are complete idiots because it's so blatantly bad.

For those wanting that kind of energy - it is much cheaper to buy caffeine in a 200mg tablet.

I wanted to drop by and thank you for stopping by my post this morning.  You are much appreciated and always welcome.  I hope to see you again soon in the Rain and wish you an awesome day in all you do! 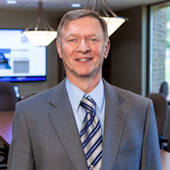