Another hot hazy day on the MS. Gulf Coast.

This picture was taken at the Pascagoula MS. point on the West end of the Beach.

As I watched the Lady Joanne, coming into the mouth of the Pascagoula River this morning. My mind went back to the days when my life was stress free and not a worry in the world.

The shrimp boat was to far away for me to hear the seagulls, but their squawks as they are feeding off the discarded fish caught in the net, is still very vivid in my mind.

I had the opportunity to grow up on the beautiful MS. gulf coast, and some of my most precious memories are from my childhood and teen years while shrimping with my dad an uncle on their shrimp boat. I can close my eyes and almost hear the sound and smell of that diesel engine as it ran during the night while dragging for the shrimp.

Shrimping is a tough job. It takes skill and knowledge to know how to find the shrimp, and with a little lucky, you may have a good drag. Many people do not know that when the net is raised out of the water, it is dumped into a trough and you literally have to pick the shrimp out of the other gulf creatures that are in the net. " A few times in my life when the net was raised and dumped into the sorting trough that we were able to pick out the few fish and just rake the shrimp in the ice bin." what excitement it was!

I came home this afternoon and took some shrimp out of my freezer. We had some f ried tonight, and tomorrow we will finish them off hopefully on the grill, because the ones I took out were 15-20's, which are really good on the grill, they are a bit to big to fry.

I've been asked before how are shrimp measured. Shrimp are measured and sold by the pound. They are measured by how many shrimp it takes to make a pound. Here is a breakdown of their count:

My brother-in-law is a shrimper, and sell his catch to local family and friends each season. You can contact me for his number if you are looking for fresh gulf caught shrimp.

Groups:
Almost Anything Goes
Things to Do/Places to Visit
The Art Of Marketing You
Dedicated Bloggers
Marketing 101

Loved your post on shrimping. I grew up on the bayou and know many people who were shrimpers. 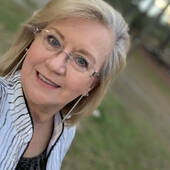