To date, we have had over 200 cases of West Nile Virus reported in Dallas County. Of the 200, Ten People have died. For Texas (Dallas specifically), this is the worse case of WNV we have seen for quite some time.

Since this is the case, Mayor Mike Rawlings declared a state of emergency and agreed to the first Aerial Spraying of insecticide since 1966. Im not sure how serious it was in 1966, or if it was due to WNV, but that was the last Aerial Spraying reported.

Its said that Aerial Spraying could begin as early as this evening. If you plan on being outdoors, try not to be out there sunset or sunrise. That time seems to be when Mosquitos are most active. And if you do need to be outside, be sure to use bug spray.

John - that is terrible and this also amazes me. news is always so local/filtered and/or they target a pop star and who the star is dating as opposed to news like this... so many cases...

People need to be very careful about items sitting around the house collecting water as that attracks the skeeters. Old tires, bird baths and empty containers.

John, this was on the news tonight.  We had a lot of it here a few years ago, and once I saw a black bird just drop out of a tree and plopped onto the ground.  It's scary stuff.

Thanks for the warning John, I thought that this had died out over the past decade.  It looks like it has made a strong resurgence. 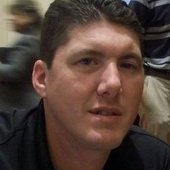 As a resident of Frisco Texas and a licensed Texas Home Mortgage Professional, it is my job to remove the stress out of financing or refinancing your home. I do this by providing ongoing updates, being available for questions, and ultimately delivering 'as promised' with not surprises. My goal is to become your consultant for life and for you to rely on me to assist your family and friends as well.