Kristina Shirley is a 22-year-old single mom in the Army Reserves who grew up in Williamsburg, WV and attended Greenbrier East High School.  She has a two year old boy, Bradley, an energetic child who loves sports. Shortly after moving into a HUD apartment in Lewisburg in November of 2010, when Bradley was just nine months old, her apartment got broken into.  The attempted burglaries were scary for Kristina, which is why she ultimately applied for a Habitat home in the winter of 2012.  Almost Heaven Habitat for Humanity raised the walls of Shirley’s house in early July. The  young women, who are currently taking a construction tract at High Rocks’ summer camp, were excited to work alongside Kristina to install windows on Lot #3 at the Summer Elm’s development.

“For me, it means a lot,” Hanna Walker said, “Because I went to New Beginning [High Rocks summer camp], with her.” Back at the build site, Naomi Cohen showed the girls the structural insulated panels that make up the exterior of the houses and talked to them about the radiant floor heating system that is installed in each Almost Heaven Habitat for Humanity house.

“People who get homes that are energy efficient don’t have to pay as much for utilities,” she told the girls.

Like Almost Heaven Habitat for Humanity, which, over the last five years, has built all their houses to Earth Craft standards, High Rocks is also working towards sustainability and building an organization that is more environmentally conscious.

It is an organization that is also eager to be serving the community. During the recent derecho that swept across West Virgina, High Rocks alumni Blair Sharp Campbell kept her restaurant, Hillsboro’s The Pretty Penny, open as a feeding station. She served 3,400 meals. High Rocks girls helped cook for six days. At the construction site on Friday, the girls were happy to be helping the community in a different way.

“It’s exciting because we get to do good things for people,” Sandra Hertzer, 16, said.

Ultimately, High Rocks wants to change the way girls think about themselves. “We wanted girls to have more options open to them as high school seniors,” Susan Burt, founder of High Rocks said. “With more self confidence and better grades, these girls might be better equipped to choose a future for themselves.”

Cohen’s hope is that learning construction skills empowers the girls to become strong women. “I believe [when] you put a power tool in a woman’s hand, she feels the power. It is also empowering to do something like this, to serve as a volunteer.”

Through field trips like the one Friday to Habitat for Humanity build sites and Naomi Cohen’s construction classes, Destiny White said that High Rocks is teaching her to be a more independent person. “You can’t be depending on a man your whole life,” she said. “We need to prove to the gentlemen that we’re not all incompetent.”

Sarah Chesire, a 20-year-old intern with High Rocks from North Carolina, has seen the impact of the construction class on the girls. “I think that in general working with this class, a lot of girls don’t have much confidence and doubt the limitations of their physical ability. Having girls feeling confident with power tools, hammers, and doing physical labor that is normally reserved for guys gets them to push themselves and grow in themselves.”

Indeed, without High Rocks, Kristina Shirley maintains that she would not be a Habitat homeowner today. “It kept me out of trouble,” she said.

At the end of the day, the girls hugged Kristina goodbye and headed back to summer camp, content in having finally met Kristina and worked alongside her.

“It’s meaningful to be here with Kristina,” Cohen said, “Because it’s the connection between a High Rocks class and a High Rocks girl.”

Kristina and the High Rocks girls didn’t just share similar classroom and summer camp experiences, though. It runs deeper than that, and explains why the girls were so happy and excited to volunteer with Kristina on Friday.

“High Rocks is like a big family,” White said. “Kristina is in the High Rocks family.”

“That’s why it was great to come out here and help Kristina,” Creager added.
O’Dell agreed. “We’re like sisters.”


About High Rocks
High Rocks has served young women in Pocohontas, Greenbrier and Nicholas Counties since 1996. It’s mission is to educate, empower, and inspire young women in West Virginia.

Thanks for sharing this story.  It is heart warming to find this level of community support.

Have a wonderful weekend and enjoy the days of August with your camera in hand. Rebeccda: Hearing success stories like this puts a smile on my face...good to see teenagers putting someone else's needs first.

Rebecca What a fantastic job these women do ! Habitat for Humanity is amazing

Roy, indeed it is heart warming.

Hannah, yes soooo amazing, and so are the volunteers.

Rebecca, Habitat has made a huge difference in the lives of many people...and this program with the High Rocks women is helping more that the new home owner...excellent Localism...suggested

What a wonderful post to read about Kristina being able to be selected for a home built by Habitat!   Fun to watch them constructed and her excitement to have her own home!

Nick, yes a huge difference and thank you for the suggest.

Joan, it is good to see the finnal stage when the homeowner receives the key to their new home. 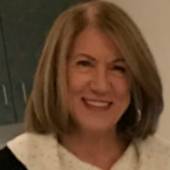