Leo Buscaglia was one of my all-time, favorite, motivational speakers.  Before his death, he was an accomplished author, USC professor, and dynamic lecturer whose televised programs were frequently seen on PBS.  One time, I heard him tell a story that really illustrated the personal choices we make to live with pessimism or optimism.  And, while I'm sure this story has been told by countless others, I fondly remember Leo Buscaglia's version and it goes something like this:

After a few moments, the psychiatrist returned to check on each child.  The pessimistic child had quickly burst into tears.  He was fussing and complaining and refusing to play with the toys.  Additionally, the boy was loudly exclaiming his disappointment – and his fear of breaking the toys if he had tried to play with them.

On the other hand, the optimistic child was uncontrollably ecstatic – joyous, laughing, and furiously digging through the horse manure with both hands.  The psychiatrist, astonished by the child's behavior, asked the boy why he was so thrilled and excited.  The optimistic child euphorically replied:  “Well, I figure with all this horse manure – there’s got to be a pony in here somewhere!

What's the most meaningful, motivational story or quote you've ever heard?  Do you look at your glass as half full or half empty?  Dale Carnegie once said "When fate hands you a lemon, make lemonade."  As we all know, that's not always easy to do.  However, the way in which we view, react, and respond to life's situations can make all the difference in the world.  Change my perspective?  I think I can do that.

Leo Buscaglia. I haven't heard that name in years! I remember watching him on PBS, too.

Definitely half full.  Lemonade all the way.  :)

Althought the lemons maybe sour, they sure make a sweet lemonade!

Great story and one I haven't heard before. It certainly sets the tone for how we ought to be. I always try to be optimistic but there are those moments...one can clearly have the wrong perspective that can ruin the best situation

I love the twin story. I read a quote recently that said "Do you see the glass as half full or half empty? Who cares! Just drink the darn thing and get on with it!" I kind of liked that. Sometimes in life we tend to over analyze and worry over the whys and hows when maybe we shouldn't and should just get busy.

Alan:  Are you putting together a book?  I'll take a chapter :)

Jeff:  Thanks!  You're so right about that ... then there are those moments, for sure!  And, when you change your perspective, those moments are easier to deal with, yes?

Gretchen:  Thanks and great quote!  Stop over analyzing, stop worrying, and keep moving ... I like it too :)

I am an optimist - almost always! You may as well see the positive things in life because there are plenty of folks around to tell you the negative stuff!

Valerie:  Thanks ... I thought the story illustrated the difference as well!  And, like you, I think I will be an optimist today too :)

Carie, Love this story. I see the glass as too big! A smaller one would always be full!

I remember hearing that story about the boy looking for the pony in the room of manure when I was growing up in church.  It still is a favorite of mine!

Carie:  Now THAT'S what I call an Optimist.  Where there's smoke, there's fire, and I guess, for Texans, where there's horse manure, there's just GOT to be a pony.  Very cute.

Your post just brought this to mind.  Now... in watching the Republican Convention... with all the manure they are spreading around... I'm gonna start looking for the pony.  As I said... there's just GOT to be one... probably several... in that convention hall somewhere.

Carie, Some people are just optimistic by nature where others are pessimistic. I think they can improve their attitudes but their overall countenance may still prevail. By the way, I love your new photo.

Leo was and is one of my favorites, too, Carie.  Great story.  And, his book on Love....should be required reading for any teenager or adult.

Kathryn:  It is a good story, yes?

Karen Anne:  I never realized this story might be applicable to other situations in life.  So, I suppose there could be "potential ponies" all over the place :)

Debbie:  Yes, although I can be both sometimes, I'm more of an optimist by nature.  And, thanks for the compliment :)

Suzanne:  He was wonderful.  And, I agree ... his book is wonderful too!

Carie...I don't think I have heard that story but it is how i try to live my life...it isn't always easy but we can see a bright side!!  thanks so much for sharing it and brightening my Saturday morning!!!

So i am a bit late arriving on site here but here is my favorite way to see the glass.  Try living as an awesomist, it is more fun than optimism! Great story. I recently discovered Bob Burg, and his messages inspire me so much - can't wait to get one of his books in my hands.

Thanks for the great story Carie, and the reminder of Leo Buscaglia, we spent many hours listening to him when I was young, and I am sure he had an impact on many people.

Sep 28, 2012 06:58 AM
LIKE
#21
You must sign in or register to leave a comment
Login Register
Show All Comments
Older Post Newer Post
Back to Top
Generate More Leads from this Listing
With a Trulia Pro Account
Learn More
Find what you need?
See More Blog PostsAbout Real Estate! SEE MORE NOW!
Rainer
240,205 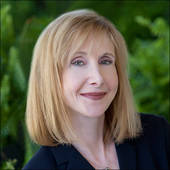