Who it is is still a secret.  Doney declined to name the company since it is publicly traded and still needs to consult with its shareholders about the deal.  The company is said to be involved in the construction industry and the overall project to be at least $15 million. The plant will be located north of Great Falls on U.S. 87 near the Malteurop North America malt plant and construction is expected to start in the spring.

Although not finalized, this is great news for the Great Falls area and the local real estate market, even though it will probably make an already tight rental market even tighter.  It could also explain the increased number of calls from Canadians inquiring about homes in the area.

Now that is what we need to have to get our country out of this economic crunch.

Tim - We have been extremely fortunate in the Great Falls area to be mostly isolated from the job and real estate crisis that most of the country has seen.  However, we still need boosts like this to get things back to "normal"  I am glad our Neighbors to the North see this as a great area to invest in. 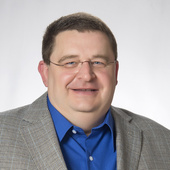