I guess you can call me too careful but I pull over to have a meaningful conversation otherwise I'll pick up and tell the party on the other hand that I will call them back shortly.  I can say this with pride that I have NEVER surfed, emailed, texted, etc while driving.  My life is more important than that.  Next time your driving actually without distractions watch the cars around you.  I bet within a few minutes you will spot a car swerving. They are drunk just too busy with distractions to drive. You will love this clip and if this is you think about it.

My wife and I were driving down the highway the other day.  There was a truck driving a few seconds ahead of us, probably going about 60 mph.  Out of the corner of my eye I saw an SUV traveling on a road that we were about to cross.  The SUV had a stop sign coming up, but the driver clearly didn't see it and wasn't slowing down.

That's scary enough, but the truck in front of us didn't see the SUV and kept moving along at the same speed.  My wife and I watched in horror as in a brief second, the SUV blew the stop sign and got T boned by the truck.

The truck ended up against a telephone pole.  The SUV flipped several times, and on the last roll it was standing on it's nose, and then softly rolled onto it's roof.  It ended up in the middle of a field.

Then everything was silent.

My wife was on the phone with 911 before I could even pull over.  There were three people in the truck, and they all got out and were walking around, so we ran over to the SUV.

For one split second we froze.  We weren't sure what we were going to see, or if we wanted to see it.  As violent as the collision was, we thought for sure that the people in there were dead.  I said a quick prayer in my head asking for strength, and we approached the vehicle.

There was a teenage girl laying on her back and unconscious.  We thought she was dead.

We couldn't reach her to feel for a pulse or anything, so we just kept talking to her.  After a few minutes she woke up and panicked at first, but then caught her breath and asked what happened.

Another witness was on the scene at this point, so we all reassured her that she was going to be okay and that paramedics were on their way.

Two things will stick with me forever.  The look of terror in her eyes, and the fact that she kept asking me if it was her fault.  I told her that it was an accident and that she needed to focus on breathing, staying calm, and having faith.

The paramedics came and got her out of the SUV, and they flew her away in the helicopter.  We filled out the witness report for the police, and after what seemed like eterntity, we went on our way.   We followed the news and heard that everybody survived, but we still don't know how extensive the injuries were.

With all of the social networking and driving I do, I'll be honest, I have texted/Facebooked/Twittered/Checked Emails while driving.  Not any more.  Ever.  Again, I'm not saying that's what this sweet girl was doing, but it was a wake up call to me to pay attention.

Whether you are buying, selling, downsizing, or relocating to Fort Wayne...

THE CHRISTIANSEN TEAM CAN HELP!

They didn't help us a find a house.  They helped us find the RIGHT house.  Kerry & Alice

They assured us that they could sell our home quickly.  Then they did.  Chris & Audrey

I didn't enjoy looking for homes, but I needed to buy.  They helped me get it over quickly.  Justin

They listened to ME.  They made it about ME.  I love them!  LaToya

I was scared that I wouldn't find the right home.  With their help, I did!  Patti

They didn't EVER try to upsell us or push us into anything.  They were patient.  Meg & Robert

They knew their stuff, knew the market, and were awesome to work with!  Tabitha & Andrew

They treated us like millon dollar clients, even though we weren't!  Shawn & Kevin

Wow, what a story. Thanks for the reblog, I missed it. I am headed there to comment... wow....

What a story sometimes it takes an incident like this to make us wake up before it is too late. Have a great weekend.

Peter, I'm happy that you and your wife were not involved in the accident.  Those types of accidents are happening more and more frequently.  Unfortunately it's not just kids that are doing it.  You have to be on defense every time you are on the road.

I hear and I have a recommendation if you MUST DO THIS!  Use Vlingo  It is a VIRTUAL LINGO app on your Iphone and you touch the screen and just use key word like TEXT PETER and then I will be 10 minutes late.  It types the message and sends it for you.

It's a heck of a lot better than typing it.  YOu can use key term commands like TEXT, EMAIL, STATUS UPDATE, TWEET, etc and you get the idea.  It posts it whereever you want.

Thanks so much for the repost.  I really appreciate it. 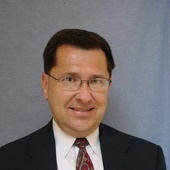