Wondering what the next wave of marketing will be? Vlogging is becoming bigger and bigger. The sooner you catch the wave, the more likely you are to make it work for you when it becomes a widespread medium. Here's a great blog all about Vlogging...

“Video blogging” is blogging through video. A blog is any web page updated on a regular basis with discrete entries, often delivered to a viewer who has subscribed to the blog and reads it using a third-party interface, or RSS aggregator, rather than visiting the website directly. An RSS aggregator allows the reader to consolidate multiple blog feeds into a single personalized web page.

Not many vlogs currently exist, but many trend watchers say that it’s only a matter of time until the rich, personal medium of video begins to replace static text and images. The widespread adoption of broadband technology and the falling cost of bandwidth is another factor that will make widespread video distribution possible.

RSS enclosures allow a blogger to insert media into a blog post and have it distributed to the aggregators of those subscribed to the blog. Most frequently, this is used to distribute images alongside text, but it can also be used to distribute video alongside text and images. A viewer watching a vlog stream might be compared to a television viewer, but the content creation is highly distributed rather than centralized, and the viewer would have access to thousands or even millions of channels rather than just a few dozen or hundred.

Vlogging is still small today, but online video is starting to take off, with websites like Vimeo and YouTube offering free storage space.

One of the key problems with vlogging is that there exists no unified standard for metadata, that is, tagging videos themselves with data that shows what they’re about. Search engine technology is not sufficiently advanced that a search engine “spider” can watch a blog, tell what it’s about, and index it accordingly. Before vlogging becomes mainstream, something along these lines may need to happen. Tagging is one possibility, but it requires special effort.

video is surely where things are going - Doesn't hurt that the number one search engine on the planet (Google) owns Youtube (the number one site for posting videos!)

Thanks for sharing the video and blog.  Never heard of vlogging before 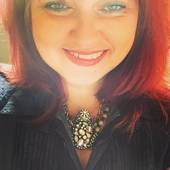