Visit our website, www.empirehomemortgageinc.com . There you can get answers to all of your financing questions, view rates and search for foreclosed properties.

If you are considering locking in an interest rate for a New York mortgage or a Florida mortgage, read this post.

This week brings us the release of six economic reports that may affect mortgage rates along with two Treasury auctions and a Fed conference that has several key speakers. There is nothing of relevance scheduled for today, so look for the stock markets to drive bond trading and mortgage rates today. With data and related events scheduled every other day of the week, it is likely to be an active one for mortgage rates.

The Conference Board will post their Consumer Confidence Index (CCI) for August late Tuesday morning. This index measures consumer sentiment about their personal financial situations, giving us a measurement of consumer willingness to spend. If consumers are feeling more confident in their own finances, they are more apt to make a large purchase in the near future, fueling economic growth. A decline in confidence would indicate that surveyed consumers probably will not be buying something big in the immediate future. That would be a sign of economic weakness and should drive bond prices higher, leading to lower mortgage rates Tuesday. It is expected to show a reading of 65.5, which would be a slight decline from July's 65.9. The lower the reading, the better the news for bonds and mortgage rates.

Wednesday has two reports scheduled that can potentially influence mortgage pricing. The first is the first revision to the 2nd Quarter Gross Domestic Product (GDP) at 8:30 AM ET. The GDP is the total of all goods and services produced in the U.S. and is considered to be the best measurement of economic activity. This reading is the second of three that we see each quarter. Last month's preliminary reading revealed that the economy grew at an annual rate of 1.5%. Wednesday's revision is expected to show that the GDP actually rose only 1.6%. A smaller than expected reading should help lower mortgage rates Wednesday, especially if the inflation portion of the release does not get revised higher. There will be a final revision issued next month, but it probably will have little impact on mortgage rates since traders will be more interested in the current quarter’s activity.

The Federal Reserve will release its Beige Book report at 2:00 PM ET Wednesday. This report details current economic conditions in the U.S. by Federal Reserve regions. It is believed to be a key source of data when the Fed meets for their FOMC meetings and is usually released approximately two weeks prior to each meeting. If it reveals any significant surprises or changes from the past, we may see movement in the markets and mortgage pricing as analysts adjust their theories on the Fed's next move. Most likely though, it will be a non event and will not lead to a noticeable change in mortgage rates.

July's Personal Income and Outlays report will be released early Thursday morning, giving us a measurement of consumer ability to spend and current spending habits. It is expected to show an increase of 0.3% in income and a 0.5% increase in spending. Since consumer spending makes up over two thirds of the U.S. economy, weaker than expected numbers would be considered good news for the bond market and mortgage rates.

Friday is a multi release day with August's revision to the University of Michigan's Index of Consumer Sentiment and last month’s Factory Orders data both being posted late Friday morning. The sentiment index helps us track consumer willingness to spend similarly to Tuesday’s CCI. It is expected to show no change from August's preliminary reading of 73.6. If it revises lower, consumers were less confident about their personal financial situations than previously thought. This would be good news for the bond market and mortgage rates because waning confidence usually means that consumers are less likely to make large purchases in the near future. As with the CCI index, the lower the reading the better the news for bonds and mortgage rates.

July's Factory Orders data measures manufacturing sector strength and is similar to last week's Durable Goods Orders, but includes orders for both durable and non durable goods. It is expected to show a 2.0% increase in new orders. A smaller than expected rise would be favorable for bonds, but I don't see this data causing much movement in rates unless its results vary greatly from forecasts since the big ticket products portion of the report was released last week.

Also worth mentioning are a couple of Treasury auctions that may affect bond trading and mortgage rates this week along with a speaking engagement by Fed Chairman Bernanke. The two relevant Treasure auctions are Wednesday's 5 year Note and Thursday's 7 year Note sales. Results of the auctions will be posted at 1:00 PM ET each day. If investor interest is strong in the auctions, we can expect the broader bond market to rally and mortgage rates to move lower. However, lackluster demand could lead to bond selling and higher mortgage rates Wednesday and Thursday afternoons.

Mr. Bernanke will be speaking Friday morning at the Jackson Hole Fed conference in Wyoming. He will be addressing current and future economic conditions, so his words are likely to influence the markets and mortgage pricing Friday. Also scheduled to speak are the European Central Bank and International Monetary Fund Presidents. What they will say and how it will impact the markets is difficult to predict, but there is a high probability of the markets reacting heavily to their words, so the event needs to be watched.

Overall, I believe it is going to be a fairly active week for the financial and mortgage markets. The calmest day will likely be tomorrow, but choosing the best candidate for the most important day isn’t as easy. Wednesday has two economic reports scheduled along with the 5 year Note auction, but Friday’s Jackson Hole conference can be a market mover by itself without the two economic reports that are scheduled that day. So, let’s go with Wednesday AND Friday as the key days of the week. Since it looks to be another active week, I strongly recommend maintaining contact with your mortgage professional if still floating an interest rate.

Empire Home Mortgage Inc is a registered Mortgage Broker with the New York and Florida State Banking Departments and our loans are arranged through third party providers.

Groups:
POSITIVE ATTITUDE for the Weary Soul
Jokes and Anything Fun Group
Photos

Show All Comments
Lucas Taylor
Keller Williams Miami Beach - Miami Beach, FL
Thank you for the great education. I learned so much from your post.
Like
chevron_left
Older Post
Back to Top
Newer Post
chevron_right
Rainer
219,223 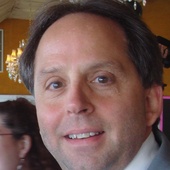