The University of Georgia Bulldogs will not face off against the Texas A&M Aggies in the latter’s premiere season in the SEC. This, however, is no excuse to ignore that Georgia is, and has been, an elite program with the Southeastern Conference, and will remain to do so throughout the upcoming years of A&M’s assimilation.

University of Georgia is in the Eastern Division of the SEC, one of the determining factors of their avoiding a confrontation with the rookie Aggies. They are one of the founding institutions of the SEC, joining the conference at its creation in 1932, and one of the most widely respected and competitive. With two consensus national championship titles under their belt for Georgia Bulldog Football, as well as three other titles from various national rankings, the Bulldogs have a strong history of success.
Along with a rich athletic history, the school also has an ancient and rich academic history. Founded in 1785 as a Public Research Institution in Athens, Georgia, The U of G is the oldest university in the Southeastern conference by nine years. It is also one of multiple universities across the nation with a claim as the oldest public university in the entire nation.

Curiously, the University of Georgia wasn’t constructed until 1799 when the Senatus Academicus voted to officially begin the university. It’s endurance through the American Civil war, though, and its consistent improvement to date being marked in the top eleven of “Up and Coming Schools” has marked the university as a persevering institution.

University of Georgia is nationally ranked as public institution, classified as one of few “Public Ivy League” Universities. It is ranked 56th of all universities overall, both public and private, according to US News and World Report. Compared to Texas A&M’s ranking, U of G ranks just two spots ahead of the College Station institution, marking it as one of the higher ranked schools within the SEC.

Within the University there are also shining colleges and programs. For instance, their school of Environment and Design for undergraduates in Landscape Architecture is currently ranked as the top program in the nation, and many of their graduate programs are ranked in the top fifty across the board, some as high as the top four. Internationally, the school has been ranked 386th according to QS World University Rankings.

Besides their academic and athletic standings, the University is also famous for their campus in their home town known as Athens, Georgia. A relatively average sized town, Athens is more generally known for their unique and historical architecture. And within the University itself architectural themes range from Federal to Classical and Antebellum. The university itself is a major economical institution, with an overall budget of over $1 Billion per year, making it one of the largest employers in the entire state.

Texas A&M is an equal economic stimulator, although in a state like Texas they don’t have quite the same claim to one of the largest employers in the state. And while their architecture might not be as antiquated, it is definitely vaster. A&M, with a campus of 5,200 acres, is one of the largest in the nation. Compared to Georgia’s campus of 615 acres, A&M is practically monstrous. Although TAMU’s enrollment is equally larger, with over 52,000 students enrolled in the fall of 2011. Georgia had only 35,520, which in all fairness still ranks them as one of the larger schools in the Conference.

These statistics, while impressive, are still not entirely representative of the Bulldogs’ recent football success. Since 2001 Georgia has won two SEC Championships and made four appearances, winning seven out of ten bowls (being bowl eligible every year since). Their overall winning record has been 106-36, impressive numbers in the arguably the most competitive conference in the nation.

Georgia’s football rivalries include their archaic State competition with Georgia Tech, as well as rivalries with Auburn and Florida. Texas A&M, leaving their historic rivalry with the University of Texas, looks forward to engaging in new competitions with Southeastern Conference Universities. They will not, however, be playing the University of Georgia in the scheduled season. Perhaps, should both universities compete exceptionally well throughout the year, they will meet in a SEC Championship or, by mere luck, in a BCS Bowl Game.

Susan-I'm ready for some college football. This sounds like it should be a mid-season game, what an opener! 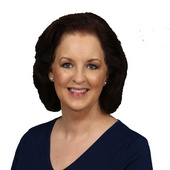