If you plan on taking a walk in New York City anytime past 7:00 pm at night and 6:00 am the following morning, watch your step! The pedestrian filled sidewalks of the day become the dumping ground for piles upon piles of cardboard boxes almost magically appearing on every street corner, generated from the day’s activities and awaiting to be picked by the cities sanitation workers – the true unsung heroes of the city. New York City generates 10 tons of cardboard waste a day!

The Ezbins Team has had enough and therefore we have gone covert! We believe it is time that the local municipalities step in and do whatever is necessary to eliminate the usage of cardboard boxes for moving purposes. To this end we have created the Cardboard Watch – We will start taking and collecting photographs of all the cardboard moving boxes that are thrown out and start sending them to the people who have the power to end this wasteful use of cardboard boxes.  Steve Jobs once spoke about focus and simplicity as being his two mantras, stating that “simple can be harder than complex, you have to work hard to get your thinking clean to make it simple. But it’s worth it in the end because once you get there, you can move mountains”.

The idea of renting out plastic moving bins as an alternative to cardboard boxes is the simplest idea possible. But when it becomes the main moving supplies solution used, will make a major impact. 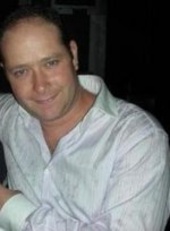