Is this the calm before the next home price rising storm? To be true, nobody knows, but South Lake Tahoe, CA median sold home prices have been steady since last December. That certainly does suggest a reasonable degree of market flattening over time.

A trend like this can in fact be a market bottom, and its certainly possible South Lake Tahoe home values could drop down again, but we have not seen such a sustained home price plateau since the market turned South back at the end of 2005.

What this means, and it's our hunch based on a lot of numbers crunching over time is, barring any new broadsides to the US economy, is South Lake Tahoe home values may be poised to start going up again.

If so, it will be slow and gradual we suspect, but as long as interest rates stay at the historic low rates they are today (around 3.5%), we are still a market offering resort home buyers a real opportunity.

The South Lake Tahoe, CA Median Sold Price:
The median sold price today is $226,000. This is based on all single family home sales in  the last 180-days, not including the Tahoe Keys.

The Chart Below:
All South Lake Tahoe, CA median sold prices since April 2007. 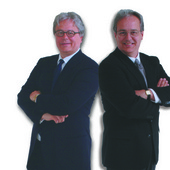 Information You Can Trust about Lake Tahoe and Us.