9/4/2012 - For most of our Monthly reported areas, home values were either below the trend-line or just barely above. When home sales are up, it's usually the case that values drop to help that occur. This is exactly what we're seeing here as Louisville home sales are up in every area!

Some areas saw incredible improvement in the number of homes sold over the previous year.

But don't forget, to get the most accurate picture on the value of your home, don't rely on generalized data but instead, contact your trusted real estate expert to perform a CMA on your specific home.

Below you'll find our monthly reports for the following Louisville housing markets. These charts display Louisville home sales and Louisville median home values with a trend-line.

Louisville MLS Areas MapSales in Area 2 continue to impress with a nice jump in August. Home prices drop slightly but the trendline, ever important, continues to move upward even if it's quite small. I expect prices to slowly return to higher levels over the next two years.

A decent month for this area, in terms of home sales, but prices dropped to their lowest levels since January 2010. Hopefully this is just a monthly anomaly and not an ongoing move for this established Louisville area.

146 homes were sold in Area 6 during August, which is a nice bump. This area has shown some strength of late with home sales out-pacing last year in all but one of the past 12 months. Home values are holding steady with slight improvement.

Another positive real estate month for Area 7. Both home sales and values appear to be healthy. There's still some space to improve values matching with previous years, which should happen slowly over the next couple of years.

Home values continue to inch upward but home sales is the real story here. 2011 wasn't a good year by any measure but 54.9% more homes were sold in August 2012 than last year. Wow.

Area 9, like Area 3, has seen their home values slowly drop more so than in other parts of Louisville. This trend is continuing in August. Home sales however are very strong. It's now a sure bet that 2012 will outpace 2011.

The values of homes sold in Oldham County have dropped in recent months. Some of this is current homes losing value, but some can be attributed to new construction of homes in lower price ranges. It's impossible to accurately distinguish between the two. But on the positive side, home sales have been better than average.

Home values in the North portion of Oldham continue to remain flat, which is interesting given that other northern areas (Area 3 & 9) have lost value compared to their southern neighbors. Sale are also proving to be a positive sign for this area, as well.

Looks like your number of units are steadily increasing!  That's great! 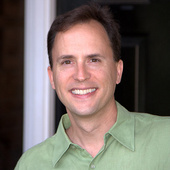