President Bush signed into law the Mortgage Forgiveness Debt Relief Act of 2007, which is designed to relieve the stress many current home owners/sellers are feeling at the prospects of owing taxes on the "Phantom Income" earned when their debt is forgiven.  Whether through a foreclosure or a short sale, lenders usually end up forgiving the mortgage debt that was not repaid.  Under previous tax codes, this unpaid loan amount was considered a "gain" to the borrower and thus taxable "Phantom Income" at the tax payer's ordinary income tax rate.

The Debt Relief Act eliminates all or part of the tax consequences of forgiven mortgage debt for borrowers under very specific situations.  These rules must be met in order for the forgiven debt not to be a taxable event:

In addition, refinances usually only qualify up to the original amount borrowed to purchase the home.  For example, a borrower buys a principal residence for $450,000 by securing a loan for $400,000.  Later the home's value drops to $300,000 and is sold through a short sale for this amount.  Ignoring expenses, penalties, and any principle that may have been paid down, the lender has forgiven $100,000 in debt.  Under this scenario, the debt would not be taxable.

There are other complicated rules governing the taxation (or not) of forgiven debt, so anyone finding themselves in this situation should consult their tax advisor or attorney for clarification in their specific situation.

Thanks for sharing a very fantastic blog about "Great news for forgiven mortage debt, for some borrowers".

All comments are fabulous in this post. Thanks for sharing with us. 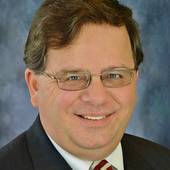