In the wake of positive signs from the housing market, such as rising prices, fewer foreclosures, and lessening inventories, the NAHB revealed even more good news. In a press release from July 17, the NAHB/Wells Fargo Housing Market Index rating builder confidence was reported to have shown improvement. According to the release, the market for new construction, single-family homes rose 6 points on the NAHB/Wells Fargo HMI. The news was extremely welcome, because the July figures represent the largest one-month gain in almost 10 years and places the HMI at its highest level since March 2007.

In the scope of the monthly survey, which has been ongoing for the last 25 years, homebuilders are asked to gauge their opinions regarding single-family home sales and sales expectations throughout the next 6 months as good, fair, or poor. Another item scored is prospective buyer traffic. A score of 50 reflects the belief held by builders that conditions are good. July's score, and remember, it is considered a new high, was 36.  Bear in mind that the score reflects the average of all of the regions surveyed. Here's a look at the specific areas:

NAHB's chairman, Barry Rutenberg responded to the report by saying, "This is greater evidence that the housing market has turned the corner as more buyers perceive the benefits of purchasing a newly built home while interest rates and prices are so favorable."

You can find other housing an real estate news on ForTheBestRate.com as well as my blog over at Trulia.com. 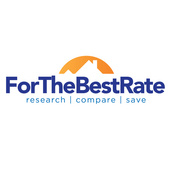