Stroudsburg - Christine A. Scrofano-Wilkins, Senior Vice President proudly announced the hiring of Sharon Lightfoot-Wade, Realtor; Charlotte Ashworth, Realtor and Gene Meisenhelder, Realtor. All three will work from the Stroudsburg office. Lightfoot-Wade, a full-time Realtor for the past 25 years, had, in early August, the pleasure of traveling to Parsippany, NJ for a personalized tour of the Better Homes and Gardens Real Estate corporate office.

Lightfoot-Wade had worked for other franchise brokers before, but the Better Homes and Gardens online platform was a major attraction to her. Lightfoot-Wade provides online marketing for buyers and sellers throughout the Pocono Mountains region.

Ashworth, formerly of Realty World, had been with the Wilkins Company previously when they were not affiliated with the BHG brand. Ashworth, who along with Lightfoot-Wade, accompanied Thomas R. Wilkins and Tommy Wilkins to Corporate Headquarters, echoed the same excitement. "The online tools available in the Greenhouse are simply head and shoulders above any other franchised Realtor. When coupled with the Wilkins' family's ability to market Pocono real estate, it was simply the only decision I could make." said Ashworth. Ashworth has been licensed by the Commonwealth of Pennsylvania for over 15 years and had lived in Texas prior to moving to the Poconos.

Meisenhelder, a former full-time Realtor with the Wilkins organization, is a lifetime resident of the Pocono Mountains. He resides in Stroudsburg with his wife and two children. A graduate from ESU with a degree in Economics, Meisenhelder practiced real estate between 2004 and 2006. Meisenhelder won a number of awards including Rookie of the Year in 2004. With the downturn in the market, he was not in real estate but instead had a corporate manager's position between 2009 and 2012. Seeing the Pocono real estate market improving, he is excited to again be with the Wilkins organization.
Scrofano-Wilkins stated, "Gene was with me during our days in the Milford area and I predict a tremendous amount of success for him as he comes back into the business. Meisenhelder is computer savvy and along with myself and another top agent, will visit the Corporate office in Parsippany and learn more about the brand and the many online tools offered."


Lightfoot-Wade and Meisenhelder were recruited by Christine Scrofano-Wilkins. Ashworth was recruited by Dot Ifill, Realtor in the Bushkill office.

Better Homes and Gardens Real Estate Wilkins & Associates operate three retail offices throughout the Pocono Mountains and is a proud member of the Better Homes and Gardens Real Estate franchise. All offices are open 7 days a week and you can visit them online at www.willkins1.com or please "Like" their Facebook page at http://www.facebook.com/BHGWilkins.
Like favorite_border
favorite_border 0
Re-Blog
repeat 1
bookmark_borderbookmark 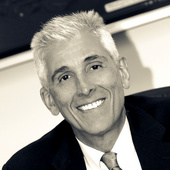 A Blog about what is happening in the Pocono Mts.