The "Arizona Republic" is reporting 1516 Gila River  landowners have signed a proposal that could put the Loop 202 alignment on reservation land south of Pecos Road.

It's possible the proposal could put the issue to a new vote as early as the November 6th general election.

In the past the Gila River community voted for the "no build" option. Many say the Loop 202 freeway will eventually be built. If not on reservation land then along the Pecos Road alignment that forms the southern edge of Ahwatukee.

If built along the Pecos Road alignment many homes would have to be torn down along with a church. Also depending on the final plan a school could also be affected.

Moving the alignment south on to the Gila River land that is now vacant would solve a lot of the problems the Department of Transportation is now facing.

One issue that has not been answered is no matter what alignment the freeway is built in it will have to cut through a section of South Mountain Park / Preserve. No one seems to like that idea. 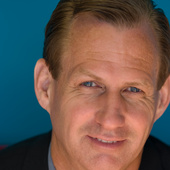 ActiveRain Community over 8 years ago
bookmark_borderbookmark
Did you remember to display your flag today?
View more Recent Posts   arrow_forwards