Thanks to the real estate market bust, buyers wanting a gulf access home can now actually afford one. Did you or do you know anyone who successfully invested in Cape Coral in the 90's. If you wish to have that opportunity again, you can. Cape Coral Waterfront, Gulf Access, Sailboat Access property prices are down to a 5 year low. Cape Coral is now affordable again. But it won't last forever. Act now and take advantage of our growing inventory at 2003 prices. Don't be a shoulda, coulda, woulda 2 - 3 years from now. If you've been thinking about Florida waterfront living, don't put off buying till next year.

Cape Coral's 400 miles of canals with access to the Gulf of Mexico are always great lifestyle. Cape Coral, Florida is located west of Fort Myers, south of Sarasota and North of Naples. Cape Coral's river is the Caloosahatchee. The west is bordered by the Matlacha Pass. There are two different waterway systems in Cape Coral. Waterfront homes in Southwest Florida can feature Gulf Access, Sailboat Access or Freshwater. The canals offer Gulf Access or they can be Freshwater, offering an experience of the natural surroundings.

Properties with Direct Access or Sailboat Access are defined as having no bridges, and give large power crafts and sailboats access to the River and the Gulf of Mexico. Limited access saltwater home sites are also perfect to the smaller boater who must pass under one or more bridges to gain access to the Gulf. Direct Access or Sailboat Access sites are located in the southeast and southwest and on the riverfront. 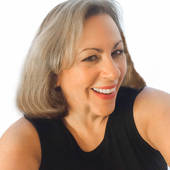