Friday Evening, Sundown On the West Side Of Semiahmoo, WA

On September 7th, (Friday evening) we decided to go down to the water and watch the sun go down over Semiahmoo Bay, Drayton Harbor and I snapped a few pictures and took a fast video. This location is where the spit begins and actually narrows to about thirty to forty yards wide until you get to the Semiahmoo Resort.  On the west side you have the open water and the San Juan Islands, on the east side you have Drayton Harbor.

The picture is looking down the beach to the south.  If you were to continue down and around the beach, you would be at Birch Bay.

Semiahmoo is one of the secrets of the northwest coast as a seaside resort community. Located on the northern Puget Sound shoreline in Blaine WA overlooking Semiahmoo Bay and Drayton Harbor.

Vancouver, BC is less than an hour's drive away - Seattle is a two hour drive from Semiahmoo. The community was designed and built by the same group that developed renowned communities such as Kiawah Island, Snowmass, Sea Pines Plantation, Callawassie Island and others.

Semiahmoo has been designed to have a minimal impact on the surroundings, allowing for miles of paved forest trails and pristine beaches that offer views of the San Juan Islands and the Cascades, White Rock, CA and the Canadian Coastal Mountains.

What's to do in Semiahmoo?  Lots of beaches to explore, golf to play, biking and hiking, swimming and a host of enjoyable thingies.  Not to mention clean air and the sounds of the ocean waves.

Semiahmoo and Blaine are a birders paradise.  Spring and fall bring the migratory birds in for a rest and a refueling stopover on their journey south in the fall and north in the spring.  Their number and beauty is beyond comprehension. I tried to hold the video camera as still as I could.  Considering where I was standing, it isn’t too bad.  The video starts off looking at the beach to the south. No, I didn’t chat it up, just the sounds of the waves hitting the beach.

If you continued hiking down the beach, you would end up at Birch Bay.

The video then pans to the west looking at the San Juan’s, sorry about the shot of bright eye from the setting sun. I continued to the north where you can see White Rock, Canada.

Kind of amazing when you think about how many people are on the beach at White Rock and how few are on the this beach.  No, I didn’t ask the people to move out of the path of the video.  If you continued on the water to the east, you would enter Drayton Harbor, the Blaine Marina and the Semiahmoo Marina.

Video then moves back to catch the last glimpses of the sun setting over the San Juan’s.  Couldn’t have asked for more beautiful evening, temperature was about 77 degrees. It was incredible how fast the sun actually vanished beyond the horizon and the bright orange glow that cotinued for about forty-minutes.

Hope you enjoyed viewing the pictures and watching the video as much as we did.  The evening was a coolish warm, just the perfect temperature to have on a hoodie.  Oh, by the way, you can actually have your own fire on the beach.

Smores and hot dogs roasted over a beach fire (in a fire ring, of course) just naturally taste better:) 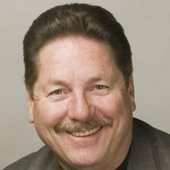