In 1961 a subdivision of single family homes called the Terrace was started to the west of Sheridan Road in Lake Bluff.  The Terrace has evolved into three separate subdivisions divided by Green Bay Road and Rockland Road.  The North Terrace Subdivision is a rectangular shaped section east of Green Bay and north of Rockland Road.  It is bordered on the south by the East Terrace, to the east by the East Lake Bluff neighborhood, and to the north by Tangley Oaks.

Note: The red line shows the border for the Village of Lake Bluff.  Lake Bluff has a large number of subdivisions and neighborhoods because of the age of the city and the way the city grew over time.  The blue lines show the location of each of the many subdivisions, neighborhoods and new build areas.  Of course, the yellow highlighted area is for the North Terrace Subdivision. 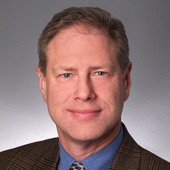