... caused me to be angry and grateful in the same moment.

I spent part of the day yesterday trying to explain the events of 9/11 to my four-year-old son. This was unexpected, but there was no choice when he saw an image of the second plane slamming into building and came running into the kitchen. The mere images has terrified my son.

Left with few options, I tried my best to explain it all. In the end, we watched a show that focused on after the towers fell. He noticed all the firefighters and police helping guide people out of the wreckage. What he did not know is that many of them were going in or back in after losing many of their brothers-in-arms. The duty of service to others overriding personal safety or thoughts. Many other images of bravery and sacrifice shine above the tragedy of that day, but as so many ran away in fear, they all ran in before the collapse, and continued long after.

The events of that day still make very angry. I am still not quite resolved on what it means to me, but the silver lining in that day, and the days after, are certainly not what Bin Laden or the rest of the terrorists intended to achieve. Through tragedy, the American people were reminded that first and foremost we are Americans. We may forget it from time to time as we fight amongst ourselves for things that we find important or unjust. But, at the end of the day, it is the bond of being Americans that binds us together much tighter than the things that might tear us apart.

All of us could have done without the events of that day, but it is proof that we have the ability to be better as individuals and as a nation, and that thought was not lost on my son. I know that he may change his mind, but I did find a great gratitude in my son's comments as our talk concluded. "Daddy, I am going to be a police officer because I do not like mean people." Well said Trey, I agree completely.

I maybe over-protecting but I can't find the words to explain this to my 5 year old yet ... regardless, I know one day he will know and I want to make sure that the lesson will be learned. .

Hard to keep this away from kids. . 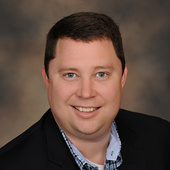