As of August, Illinois has the dubious honor of the highest foreclosure rate in the country.  Compared with August 2011, default notices rose 18 percent, notices of scheduled foreclosure auctions rose 116 percent and bank repossessions increased 41 percent.  Overall, foreclosure activity in the state rose 29 percent from July and 42 percent from August 2011.

With the latest report, foreclosure activity in Illinois has increased on a year-over-year basis for eight consecutive months.  Most of that activity continues to be centered in the Chicago area with 91 percent of foreclosure notices in August located in the area.  Initial foreclosure filings are also up. There was a 37 percent increase from July and 18 percent from August 2011.

[See article in the Chicago Tribune.]

The increase in foreclosure activity is partially a result of deferred foreclosures in 2010 and 2011 due to various state and federal investigations.  It also reflects an unemployment rate of 8.9 percent.  Unemployment of Illinois has been higher than the national average for 20 consecutive months.

Foreclosures do have negative consequences. Beyond the missed payments, there is a longer derogatory impact to credit reporting.  In addition, Illinois is a judicial state and the state has the right to pursue a deficiency judgment for up to 7 years.  Then finally, the Mortgage Forgiveness Debt Relief Act is scheduled to expire at the end of 2012.  This law protects homeowners from being liable for paying ordinary income taxes on the mortgage deficiency after the sale of their home.

For those facing foreclosure, there are options.   Call me today to discuss your situation. 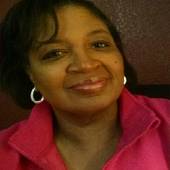