There were some who at the beginning of 2012 suggested that the uptick in sales in Champaign-Urbana IL compared to a year ago was only due to the warm weather and that the improvement wouldn't last. I think it's safe to say at this point that those people were simply mistaken. Month after month we've seen increased sales and decreased inventory compared to a year ago resulting in a more stable market than we've seen in years. As I've pointed out before, Champaign-Urbana homes in the uppermost price ranges have finally been selling this year which is largely why we're seeing an increase in average sale price, too. We still have a few months to finish out 2012, but I suspect that this year will end up being referred to as the year the housing market in Champaign County began to markedly turn back around following the recession. No, we're not completely out of the woods... but things are looking up :-) What is an Absorption Rate?

*Information is deemed reliable, but not guaranteed to be accurate. Statistics in this report were obtained through the Champaign County Association of Realtors® 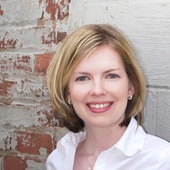