NEW YORK – Sept. 18, 2012 – Sixty-four percent of women say homeownership is essential in achieving the American Dream. Meanwhile, only 52 percent of men say the same thing, according to a homebuyer poll of more than 1,300 Americans conducted by TD Bank.

The study found that women hold more aspirations for homeownership too. Sixty-six percent of female renters say they intend to own a home, compared to 57 percent of men.

What’s more, 92 percent of women rated homeownership as the primary achievement in feeling accomplished, followed by 84 percent who said stable career and 81 percent who said having a family and children.

“As the home buying market continues to stabilize, our survey tells us that Americans, and women in particular, are looking to buy homes,” says Michael Copley, executive vice president of retail lending at TD Bank.

Half of the female homeowners surveyed said that they purchased their first home between the ages of 25 and 34.

Source: “Women Consider Family, Career and Owning a Home to be Vital Components of the American Dream,” RISMedia (Sept. 16, 2012)

It's doesn't surprise me. Men generally have much lower expectations about home ownership as long as we have a place to sleep and eat....we're good

I thought this ariticle was fitting for today.  Not trying to get into politics but I really find this to be true.  Thanks for your comment. 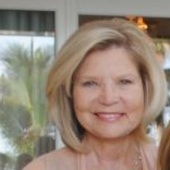