This is a cute and profound blog! Andrew always has smart things to say but this one takes the cake! If we could just learn to control our own behavior and avoid "letting [other's] energy affect [ours]" we could have much more productive days with less stress.

Personally I created a time blocking system which is a great fire prevention tool.

What will you do differently after reading Andrew's Blog? Share it on his post please, not my re-blog. The picture, above, is of my dog, Beau.  Beau is a Puggle- a "designer mutt" resulting from a Pug dad crossed with a Beagle mom.  My wife, kids and I love Beau very much, but he is a challenging pet, due to his personality.  Among his quirks, he has a tremendous sense of self-entitlement.  He believes he has free reign over our furniture (upon which he sheds copiously).  And while a great watch-dog, he tends to bark too much.  It's not enough just to alert us there are people walking down the street.  He is apparently compelled to bark until he is hoarse, as if every passerby is deserving of a warning on par with Defcon 1.

So, I checked out a library book this week by the "dog whisperer", Cesar Millan, called Be the Pack Leader.  Interestingly, a major theme of the book is that it's not pets who need help changing so much as their owners.  If people fix their own problems, their dogs will behave better!  Specifically, people need to monitor and adjust their "energy"- basically the "vibe" they put out to their pets and others.  It's not as new age-ish as that may sound.  It simply means being calm and assertive.  That's it.  Remain calm and be firm in a calm way.

I've been trying it out the last couple days and I'm already seeing good results.  Normally when I get Beau his morning bowl of food, he loses his mind.  He RUNS to his bowl and literally jumps up and down, buggy-eyed, lunging at his breakfast before I can even set the bowl on the floor.  My modus operandi has been to rush to give him his food before he has a conniption fit.  Today, though, I calmly walked to the food bag, calmly poured the food and calmly stood in front of him until he'd settled down.  I put the bowl on the floor but wouldn't let him get to it until he'd looked at me and given me an indication he was in control of himself.  And he was ok with it!  I realized, by acting nutsy, he'd trained me!  He had conditioned me to be as frantic about his breakfast as he was!  Now that I've caught on, things will change and I hope he and I will have a better relationship as owner/pet, family, pack, etc.

Once I got to the office, I thought about some of my business associations over the years.  I recognized that some of my clients had "conditioned" me, too.  Beau does not have an emergency on a daily basis- He is not starving.  But I'd let his energy affect mine- I had let it convince me to act as if he did have a crisis each morning.  I see now I've let that type of interaction happen at times throughout my career.  Sometimes there are emergencies of sorts with commercial title insurance- There are deadlines, closing dates, liens recorded at the "last minute" and so on.  Most of the time, however, it's essentially a matter of due diligence, handled with care and efficiency.  Being in a service industry, though, when I've had excitable clients, I thought I was providing the service they wanted by matching their energy.  In retrospect, I am not so sure- I may have just allowed them to share unfounded anxiety.  Yes, I gave them what they asked for, but if I hadn't, we might actually have had a better working relationship.  So, the next time I encounter a challenging client at Stewart Title, I will try calm and assertive leadership.  It's food for thought... but thankfully, not Purina! 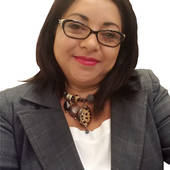