Home Prices On The Rise In August

Home prices were on the rise in August.

GCAR President Mark Hite said, "As the school-aged among us work their way back into classrooms across America, we continue to monitor key improvements in the local housing market with a keener eye. With two-thirds of 2012 complete, we're getting a sense of some solid trends that are developing."

August saw the sale of 655 residential units, a 7.6% increase from last year’s numbers. That represents the 10th month in a row there ha been an increase in sales of residential properties.  Overall, inventory available for sale shrank 13.8 percent to 4,944 units, which is a trend that has been consistent for the last 12 months, despite new listings coming to market being up 15% in August.

Another developing trend can be found in the median sales price of homes, which sold.  Prices were up in comparison to August last year by 5.6 percent to $136,250. This is the sixth month this year where the median price has increased.  The Days on Market decreased 6.7 percent to 125 days (this is how long it took the average home to sell last month). Months Supply of Inventory was down 21.5 percent to 9.5 months, indicating that demand increased relative to supply, which is another positive trend.

Mr. Hite said, “With election season in full swing, both politicians and economists will place extra emphasis on jobs and unemployment figures. Recognizing the relationship between jobs and housing demand, the most tuned-in agents and brokers will do the same. The truth is, the economy is and has been expanding consistently for years, albeit at a disjointed pace. There's reason for optimism going into the last third of 2012 and even into 2013, and housing is actually playing a large role in that positive outlook.” 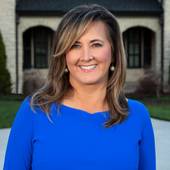