Well the 2008 Nevada caucus is now history.  It's seems Hillary and Mitt were the winners.  But what a farce it was getting to this point.  I feel my voting privileges were stripped from me.  Instead of voting for whom "I" want to vote for a caucus has us expressing our opinions and then choosing ‘delegates' to express ‘my' opinion (and others) at county, state, national levels.  What happens if the person(s) who are chosen to do the representing change their mind and do a complete turn around?  My opinion is thrown out the window?

I personally have never done the caucus before...it's always been primaries...where we go into little booths and vote in privacy.  The news media tonight spoke about this being the first time for most people in Nevada to experience the caucus.  Yet, someone who was born and raised here tells me that the caucus has always been done.  We've lived here almost 11 years and I don't ever remember a caucus before.  So this confuses me even more.

When we first arrived at the caucus this morning confusion abound.... a person had to stand in line (outside in 40 degree temps) until they reached a room where a map was laid out on a table and you gathered around it with 50 gazillion other people trying to figure out your precinct number...then you had to go upstairs and find the room that matched up with the precinct number.  The issue with this is we found rooms were not clearly marked, there was no one to be found to help you find your way, and everyone was totally confused.  There were no elevators available  (some people were in wheelchairs and walkers trying to figure out a way to get upstairs)  - I was told there were no elevators, but learned later the elevators were not working.

It was so confusing my husband and I left but not before I went back to the main room, found the person who was ‘sort of in charge' and expressed my disappointment.   I then promptly went home and got on the phone, called 2 out of 3 of our major TV news stations and expressed my concerns.  I was told by one of them that mine was not the only call, there had been several.

Tonight's news ‘downplayed' the issues...they said everything ran fairly smooth with some early problems that were quickly resolved.   My first thoughts were this was a first time caucus and thus the issues, but according to my friend this was not first time...so there should be no excuses.

One thing good was there were approximately 160,000 people in Nevada who got out and caucus'd.   I was impressed by the amount of people where I was supposed to ‘vote'...I just wonder how many would have  ‘turned-out' if none had gone home in frustration!

Show All Comments
Gary Bland R (S) E-Pro, ABR
Hawaii Life Real Estate Brokers - Wailea, HI
Let the voting begin and hope it all works out.  The economy is ready for change no matter what.
Like
Renée Donohue~Home Photography
Savvy Home Pix - Allegan, MI
Western Michigan Real Estate Photographer
Mary:  Even though I wasn't able to do this  (as an independent who didn't care to vote for another party) I heard some horror stories.  I heard that Paul would win a room and then Romney would have the majority of delegates.  I heard Edwards supporters would get more than 15% of a room and then get an unproportional number of delegates.  I heard stories of rules being changed in the middle of the game.  I don't think this is democracy at work really.  I really think if this were a straight up vote that Obama and Paul would have won it, no lie or joke.
Like
chevron_left
Older Post
Back to Top
Newer Post
chevron_right
Rainer
203,160 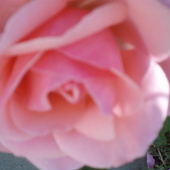