Home inspections in Lethbridge I believe are between 300-450 dollars and take 2-3 hours.  I wonder what the cost is for a home inpsection for a 5 million dollar home, and how long it takes? It's still worth it.  Even if you don't find anything wrong, you get a good idea on what to look out for in the future.

No matter how Big or Small the house or How Much Money you have.. Always get a home inspection! The "leaky" Beverly Hills mansion formerly owned by Grammy-winning pop singer Rihanna is now back on the market, not even a year after she famously rid herself of it. Riri had apparently paid $6.9 million for the pad in 2009, then listed it in 2011 for a mere $4.5 million in a short sale -- due to leaking water and "inhabitable conditions." (Naturally, Riri also dragged the home's Realtors and developers to court for good measure.)

But you can't tell that the home was a nightmare for Riri by looking at it now. It's stunning,  in a very Beverly Hills, museum-sleek kind of way. It has soaring ceilings, white walls, floating staircases, and city and canyon views. Features include a tiered home theater, a massive chef's kitchen, and custom closets with suede ceilings. Judging from the current $9.95 million price tag, we're guessing that those water problems have been fixed. 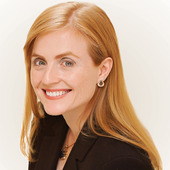