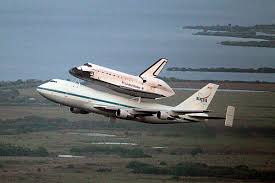 Wow I am glad that I was able to experience a part of history. The last flyover Endeavour- was totally AWESOME the whole experience was great. I did not realize how loud the two escorting jets were, or how low it would be flying. Here is some information on the Endeavor.

During 25 missions, Endeavour spent 299 days in space and orbited Earth nearly 4,700 times, racking up 123 million miles.
Endeavour is the second of three remaining shuttles to head to its retirement home. In April, Discovery arrived at the Smithsonian Institution's hangar in Virginia. Atlantis, which closed out the shuttle program, will stay in Florida where it will be towed a short distance to the Kennedy Space Center's visitor center in the fall.
Endeavour will remain at an airport hangar for several weeks as crews ready the shuttle for its own road trip. Unlike Atlantis, it will creep through city streets to the California Science Center near downtown.

Some 400 trees will be cleared along the 12-mile route to make room, a move that has riled some residents in affected neighborhoods. Museum officials have pledged to replant double the number of chopped trees.
Like favorite_border
favorite_border 0
Re-Blog
repeat 0
bookmark_borderbookmark

Used to live in South Florida. Have seen the shuttle take off many times from a distance. Very Impressive!

Kymberly while I think it's pretty cool to see the shuttle -  I'm not so keen on cutting down all those trees, even if they replant them.   What I did think was cool was hearing about Gabby Giffords and her husband  Mark being able to watch the fly over of his last flight shuttle - in Tucson.  That's pretty cool.

Hi Bill- It was a great feeling seeing it on TV and now seeing it be displayed on top of another airplane. I could only imagine how impressive it would be seeing it take off. Thanks for reading.

Hi Anna, I agree. I am not too keen on the trees being cut down some being over 30-40 years old. It is great that they are replacing them 2-3 times over but there has to be a better way of this shuttle road trip. I think that it is great that Gabby Gifford and her Husband received an honorary fly by of the last shuttle, that I am sure was quite emotional.  Good for them. ;-) Thanks for reading. 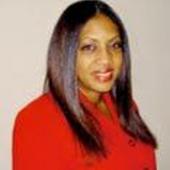