Imagine a world where you were able to guarantee your commission even if a short sale failed and went to the foreclosure auction!

What I am about to share with you will change the way you think about your business...

5 years ago I was one of the first real estate agents in Arizona to openly promote the idea of the “short sale”.  Since 2007, my Realtor website (CodySperber.com) has been the top ranking website in Arizona for the phrase “Arizona Short Sale Realtor” and most other phrases that contain the word “short sale” in them.

At first I just listed them for a commission.  I was young, ambitious, and willing to put in the work necessary to battle the bank negotiators.  Like a young gladiator that was forced to fight...I was eaten up by Bank Of America, Chase, Litton Loan Servicing, and the other usual suspects.  Eventually I grew my systems.  Eventually I became a good short sale negotiator consistently closing 3 out of every 5 short sales. As scared as I was to go toe-to-toe with the “good ole boy club”, I showed up one day and bid on my first house.  12 months later I had bought and sold over 100 houses profiting over $1,600,000.  I felt like a kid in a candy store.  God had smiled upon investors once again and thankfully I was ready and prepared to take advantage of the opportunity.

Then in April of 2010 I saw a busload of people show up at the auction one day and a local “Guru” jumped out.  He pointed at the little crowd of us bidding and buying houses and announced that he was going to show his team how to kick our butts.

Suddenly bidding companies sprang up and the deals slowly went away.  Competition drove up prices way up and then the hedge funds came to town.

My days as a foreclosure investor were over...or so I thought.

Stumbling Upon The Greatest Opportunity Of My Real Estate Career

Because I was so busy buying houses at the auction I was feeding my short sale leads to another local real estate agent that listed them and gave me a referral fee if any of them closed.  One day he called me up to tell me one of our higher-end short sales got denied and was going to auction the next day.

He was whining about how hard he worked, how bad he felt for the buyer that was sitting around for the last 6 months waiting for the short sale to get approved, and how the other agent was going to hate him for not getting the deal done.

The next day the house went to auction and sold for $50,000 less than the short sale offer.


At that moment it was as if a light bulb went off in my head, the clouds parted and I swear those little cartoon song birds appeared out of nowhere.

Instead of doing short sales the traditional way...why not go after the bajillion properties where the short sales were already going south?

Instead of doing all the dirty work (like my real estate agent buddy), why not just work the deal backwards, save the day, and make even more profit than a standard commission?

AND SO THE REVERE SHORT SALE WAS BORN!

Click here to learn how I was able to CRUSH all my competition, profit from both my failed short sales, and from other local real estate agents, guarantee both the listing and buyers agent in the deal will make a commission, and save the day for the homebuyers trying to buy the property when it was a listed short sale.

With my Reverse Short Sale System You:

Watch this training video I put together to show you exactly “HOW” I am able to put these profitable deals together.  Your going to flip when you realize how creative and easy they are!

Your friend in the business,

Cody Sperber a.k.a the Clever Investor

P.S. I get paid whether the short sale is accepted (or fails) and after watching my training...you can too.

P.P.S If you are a real estate agent (or appraiser)...you will have a HUGE advantage over other non-agent investors.

P.P.P.S. I show you a way to find and fund these deals with NO OUT OF POCKET EXPENSES!

I have been doing short sales for about 2 years now. They can be difficult but if you have a patient buyer and seller, everyone is a winner. There is a lot of money to be made with them, for sure. 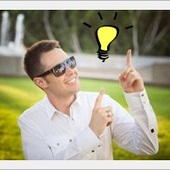