In the mid 1500s, when Spain was exploring most of Florida, the Spaniards came upon a large island which contained two cool artisan springs located near what is now known as Caxambas Pass. The island became a favorite place to fill casks with fresh water for their return trip to Spain.

The island eventually became known to sailors as La Isla de San Marco (the island of Saint Mark), named for Saint Mark, the Christian evangelist and author of the second gospel in the Bible. As the years passed, the site became known as San Marco Island (Saint Mark's island) and finally, just Marco Island.

It is believed that at least 2,000 years before Christ, the pre-historic Calusa Indians inhabited this remote island. Evidence of their existence was first discovered in 1895 when Captain Bill Collier, son ofMarco's founder, W.T. Collier, was digging on his property (known then as Key Marco). Today, this area is called Old Marco and was the site of one of the most successful archaeological digs in North America.

In 1870, W.T. Collier brought his wife and nine children to Marco Island. In 1896, his son, William D. "Captain Bill" Collier opened a 20 room hotel that is known today as the Olde Marco Inn, and is registered as an historical landmark.

Barron G. Collier (no relation to W.T. Collier) purchased most of Marco Island in 1922. With the onset of rail service (the Atlantic Coast Line) to Marco Island in 1927, plans to develop the island were in process. However, the depression put a damper on development and it wasn't until 1964, when Deltona Corporation, led by the Mackle brothers, put modern Marco on the map.

Marco Island is the largest of the Ten Thousand Islands, measuring 24 square miles. Due to the influence of the Calusa Indians and their "shell mounding", the highest elevation in S.W.Florida is right here onMarco, at Indian Hill, which is 51 feet above sea level.

One of the many Calusa artifacts that have been found is the famous Key Marco Cat, which now resides in the Smithsonian Institution in Washington, D.C. This small wooden carving was discovered in 1896 by Dr. Frank Cushing on the property owned by Captain Bill Collier.

In 1960 the Marco Island population was about 550 persons. Marco had grown to 4,700 residents by 1980 and it is at this time Marco Island was transformed from a sleepy fishing village into a vacation and seasonal home destination. Because of this seasonal popularity, the population of the Island typically doubles during the winter months. 1

Marco Island has a number of Gulf of Mexico boat access properties.  To have automated listings sent to you, contact us on  OUR WEBSITE or email Broker John at info@globalrealtyadvisors.com or call 800-214-4945 or 239-430-1700.

TO SEE AN INTRODUCTION YOU TUBE VIDEO ON :

TO SEE ADDITIONAL PHOTOS AND INFORMATION SEE OUR WEBSITE

A great new listing, I hope you go into contract soon and enjoy a quick and trouble free COE.

Mel and I visited Marco Island way back in about 1996 and absolutely loved it! I could really get used to that lifestyle! I enjoyed reading some history I didn't know, too. Looks like an incredible listing you have here, too. Best of luck on a quick sale!

Congratulations on the nice listing. Good luck in selling it quickly 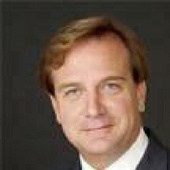