2 Days ago my phone rang...it was an appraiser informing me that I had unwanted tenants in one of my vacant listings.  It seems two black snakes took up residence in the house.  The appraiser went on further to say it was the quickest tour of a home that she had ever done before and she had no idea she could take pictures quite so fast. After doing some research and finding out more than I ever wanted to know about black snakes, I had to find someone to get rid of them.  Snake removal is definitely not in my job description (nor in several local exterminators either...as soon as I said snakes, several did not want to continue our conversation.)  Then I called ASAP Home Services and he said he could start immediately and had recently removed 87 black snakes from a home (now that is creepy!)  In addition to the 2 the appraiser saw, the inspector found another 7 black snakes, then sealed up the areas where the snakes were entering the house and relocated the prior tenants to the National Forest, in another state.

A big thank you to Kevin with ASAP Home Services.

Yikes that is creepy I am glad I have not had the problem.  Hope I never do.

87 wow that sounds like the house is REALLY ready for scaring folks for halloween!

Thanks for stopping in.  I hope I never have this problem again.  87 snakes just freaked me out thinking about it...but it would be a perfect Halloween house.

At least it was only a few black snakes.  Do you remember the story about the house in Idaho that was infested with thousands of garter snakes?  Now that's creepy.

Cindy - Thousands of garter snakes is beyond creepy.  I now show vacant houses and make a point of opening all the closet doors just to make sure snakes aren't hiding anywhere to be discovered by my buyers.  Talk about ruining a sale -- but to open the door and find a few thousand snakes...I'd definitely high-tail it back to the car. 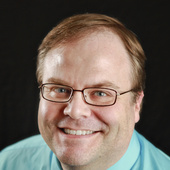