Home > Blogs > Doug James > Navigating the Denver Real Estate Market
bookmark_borderbookmark
One of the oldest restaurants in the Castle Rock area, Castle Café, has been serving the residents of Colorado and people traveling through the state for more than a century! According to the history of this eatery, which is published on its website, the Castle Café was originally known as the Castle Hotel and Bar. When the Castle Hotel and Bar first opened in 1890, it was a central meeting spot for people that were working and living in the area, and also for any person or group that was traveling through Colorado on their journey north, south, east or west. It’s hard to say whether or not the Castle Hotel and Bar was considered a “family” place back then because there are unwritten reports that the Castle Hotel and Bar was a pretty wild place at the time. In the late 1890s, this hotel and bar was considered to be quite rowdy. The café’s website does not have absolute confirmation that there were shootouts at the facility, but there’s a good possibility that this sort of thing happened at the bar during this timeframe. Apparently, things got so wild on the days that local workers were paid (and hence arrived at the bar to spend their money), an extra deputy was required to keep things under control. There are reports that cowboys that had a little bit too much to drink were known to jump on their horses and ride them through the seating area inside the bar! By 1910, the Castle Hotel and Bar became well known as a place to visit as travelers made their way through Colorado. During this era, a dance hall was added to the second floor of the hotel and bar and the facility became a popular hangout that is still considered “the social heart of the Castle Rock area.” While the Castle Rock vicinity has grown significantly over the past 100 years, what is now known as “Castle Café” is just as well-liked as ever. (Although the facility is much tamer than it was in the late 1800s!) It is not uncommon for people from many miles away to travel to the café in anticipation of being served some of the area’s most well-known and well-liked pan fried chicken. But make sure to remember that the chicken is only served at dinnertime – so don’t be surprised that you can’t order it during the lunch hour! The café is great for single diners, couples, families and/or groups. The décor can be considered “historic” with many pictures and animal heads hanging on the walls. Booths or tables are available as well as a full-service bar. Doug James thinks besides the pan fried chicken, the café is also well known for its “White Chocolate Black Bottom Banana Cream Pie.” Castle Café is located at 403 Wilcox Street, Castle Rock, CO
Like favorite_border
favorite_border 0
Re-Blog
repeat 0
bookmark_borderbookmark 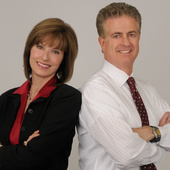 Home Improvement about 9 years ago
bookmark_borderbookmark
Your basement - to finish or not to finish...That ...
View more Recent Posts   arrow_forwards

I've been in real estate for almost 33 years now and to say I've seen the ups and downs is an understatement! I will share my experience, my knowledge, my thoughts, opinions with you, the consumer. It's my intent to leave you with more knowledge than what you started with after you read my posts. As always, I encourage healthy and lively interaction here, or feel free to call me at 303-814-3684 to discuss! All my best Doug