Home > Blogs > Justin Johnson > Roseville CA Real Estate
bookmark_border
NEW YORK (CNNMoney) -- It's been a long time coming, but economists surveyed by CNNMoney believe the nation's housing market has finally turned the corner. Of the 14 economists who answered questions about home prices in the survey, nine believe that prices have already turned higher or will make that turn later this year. Only three months ago, half of the economists surveyed by CNNMoney believed a turnaround in prices would not take place until 2013 or later. Economists have been encouraged by a variety of readings, including three straight months of increases in the S&P/Case-Shiller home price index, a pick-up in sales of existing homes and home construction and a big jump in the price of new home sales. Mortgage rates are also likely to remain near record lows thanks to the Federal Reserve's purchase of $40 billion in mortgages a month for the foreseeable future. "We're seeing the signs of a pulse in a sector that has been flat-lined for a number of years," said Sean Snaith, economics professor at the University of Central Florida. Determining when the housing market has turned the corner is important for more than home builders and real estate agents. Even before soaring foreclosures sparked a meltdown in financial markets in 2008, the housing market had become a significant drag on the economy. Housing t continued to subtract from the nation's gross domestic product right up through early 2011. But starting in the fourth quarter of last year, housing has been adding to growth. Lynn Reaser, chief economist for Point Loma Nazarene University, said housing is now bucking the trend in what is otherwise a sluggish U.S. economy. Still, economists don't believe housing is ready to be a major driver of economic growth, as it was during the housing boom and some earlier economic recoveries. But housing could keep the economy moving in the right direction. Some of the economists surveyed said they believe there's been some fundamental change of thinking in the market place. Buyers who had postponed housing purchases while prices slid are finally more comfortable making the plunge. "You had a lot of people with what they needed to buy homes -- jobs, decent credit scores -- who were on the sidelines. All they needed to do is wait for their confidence to rebuild," said David Crowe, chief economist for the National Association of Home Builders. Reaser said that that change in attitude is a key to the market turnaround. "The firming in home prices might be feeding on itself," she said. "You've got buyers not wanting to miss the bottom of home prices and mortgage rates."
Like favorite_border
favorite_border 0
Re-Blog
repeat 0
bookmark_border

Thanks for sharing the good news. I especially liked this "Of the 14 economists who answered questions about home prices in the survey, nine believe that prices have already turned higher or will make that turn later this year. Only three months ago, half of the economists surveyed by CNNMoney believed a turnaround in prices would not take place until 2013 or later." 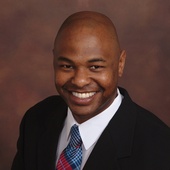