Recently something happened that I've heard about but never really expected to happen to me. When generating my reports I always include  photographs of the furnace, condensing unit and water heater data plate. This allows me to note the age of these units but also provides an added benefit. During a recent home inspection in Westland I was told the home had been purchased by an investor who had the home fixed up to sell. You never know what you're going to see on one of these "fix and flips" but I was pleased to find this home was really nice. The kitchen, bathroom, carpet etc. were new and the work was top notch. The furnace and water heater were not new but they were newer, both around 3 years old. I took photographs of the data plates and as I always do put them in the report with the age of the units.

A few months later and I received a call from the buyer wanting to know how to light the water heater. I don't mind at all helping people with this type of thing and I always tell the buyer to call me anytime they have questions. During the conversation the buyer mentioned the water heater was leaking at the cold water inlet. Gate type valves will leak over time so that wasn't a surprise to me but when the buyer told me the vent was bent up and looked damaged I decided to open up the report and take a look at the unit, a Bradford White unit around three yours old.  Going over the report I noticed the age of the unit was 2009 but there was no mention in the report about the vent, which I knew was something I would mention in the report.

Knowing the damage vent could be a safety hazard I told the buyer I was going to stop over and take a look. As soon as I walked into the basement I knew something was not right. The water heater installed was obviously not the one I inspected. The unit (GE) installed was manufactured in 1998 and banged up with an improperly installed vent.

Obviously someone wanted the original water heater and figured they would just swap it out for an older unit like nobody would know the difference. I don't know what came of the situation or who took it but I do know that taking a photograph of the data plate saved me from having to explain why my report said the water heater was functional when it clearly wasn't. 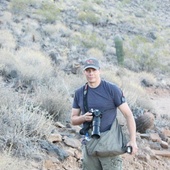