An interesting infographic over at Realestate.com titled "Riding the Trillion Dollar Real Estate Recovery Roller Coaster" that you can view HERE.

While it does not show the actual ride up to the U.S. real estate bubble peak during the days of exotic home loans such as NINJA (No Income, No Job and No Assets), Option Arms (Pick a payment you can pay - even if it means your home loan balance is going to go up) and all of the other home loan shenanigans, some fascinating numbers are shown such as the $9,128,000,000,000 ($9.1 Trillion) of home equity lost from March of 2007 through November of 2011. (On average, $70,000 per household.)

It goes on to show that since the proclaimed bottom of the home value crash of November 2011 that home values have "recovered" back up collectively $3.2 Trillion or $24,000.

Now... unless you've been living on some remote island in the Pacific somewhere, you obviously know that Las Vegas is one of those cities where the roller coaster ride down was beyond the legal limits of any roller coaster allowed. In fact, it's probably more appropriate to describe it as Las Vegas home values just went over a cliff, hit the water and sunk to the bottom of the ocean. There are plenty of zip codes in Las Vegas but I know Las Vegas zip code 89135 like the back of my hand since being one of the first to move into that zip code back in 1999.

Home to Red Rock Country Club, The Ridges and notable other nice communities such as Willow Creek, The Willows Village and Ridgebrook.

It's remained pretty much the same since 2006 and has not varied too much unlike some other zip codes of Las Vegas where new development has taken place that could really affect the numbers. My dates are going to be a little different then what the Real Estate Roller Coaster "Recovery" post uses but it's the same concept.

Just some quick notes before getting started:

All that being said, check out these fascinating roller coaster ride results for Las Vegas Zip Code 89135:

That's quite a big jump and there is a major factor involved that's affected all of Nevada that I mentioned in one of my previous posts about Las Vegas Home Prices Jumping in August and I'll cover it some more in my next post.

What I will mention now is that it's an EXCELLENT time to sell your Las Vegas home right now if you've been thinking about doing so. Very thorough and well laid out blog Paul! Great topic and LV certainly is a roller coaster of a market. Hey, thanks for subscribing to my blog also. I appreciate it. HAve a great weekend. 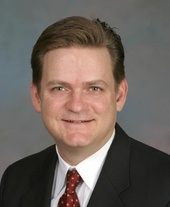