The Charlotte NC real estate market has experienced quite a roller coaster ride over the past 5 years but seems to have turned around. After a robust Spring and Summer, it looks like things are tapering off slightly here though.

As far as the rest of the inventory of general resale's, homes that are priced competitively are moving quickly and overall we are approaching a more balanced market (in between a buyers or sellers market). Although there has been speculation of "shadow inventory" coming on the market for the past two years, it just hasn't happened here.

Statistically, sales in the Charlotte MLS region peaked from mid 2006 through May 2007 at almost 7000 homes per month sold. Then the market took a dive in June, finally leveling off around Spring of 2011 at around 2000 homes per month sold. We peaked this year at 2900 homes sold in August compared to almost 2300 the same time last year, a whopping 26% increase!

So, overall? It's been a really good year here in the Charlotte NC Real Estate Market!

All these statistics are from SAM (Statistical Analysis Module) courtesy of my board, the Charlotte Regional Realtors Association. 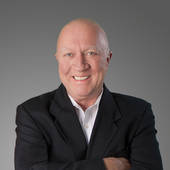