A family moved into a lovely home in our neighborhood.  The home had been carefully restored by the previous owner and was in great condition. The new owners stopped mowing the lawn and maintaining the house.  They ignored the security system, and vandals broke in.

They immediately started to take out additional Home Equity Loans and spent the money on foreign travel.  After a few years, largely due to neglect, the home caught fire, and would have burned down had not alert neighbors called the Fire Department.

Even while the Fire Fighters were battling the blaze, the family blocked the path of fire trucks and cut off the water for the Fire Fighters, but the Fire Fighters eventually put out the blaze.  While they were doing so, the Neighborhood Association foreclosed on the home, assumed the heavy mortgages, and sent in the Clean-up Crew.

When the remodeling contractors came in to do repairs, the former owners continued to obstruct their progress at every turn, even sued them and claimed that the new owners had made a mess of the property and had caused extensive water damage.  They complained that the repairs were not complete and petitioned the bank and the Neighborhood Association to let them have the house back.

How are you going to vote?

I will vote for the neighborhood association; hope the newer owners are better.

What I don't know was this pre-planned to go through the drama. It makes no sense to me. 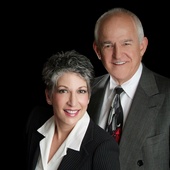