You mostly likely heard that 2007 was a bad year for real estate as national values spiraled downward by 5% or more.  Toward the end of 2006 we began hearing rumblings about sub-prime finance issues, market slumps, and states such as Florida, Arizona, California, and Nevada and a few others suffering from double digit value correction.

Keep in mind that real estate is local and what transpires in other areas may or may not apply to Georgia or Coweta County.  Did you hear that Utah's values increased by 12.7% over the last reported year or that Wenatchee Washington enjoyed a value increase of 15.7% in the last quarter?  Have you heard that Florida had a 2.12% decline over the last reported year but over the last five years enjoyed an 85.92% gain and 378.13% since 1980?  The five year gain for Georgia was 25.5% in case you are interested.  (OFHEO data)

So, what did happen in our local market?  Did Coweta single family homes increase or decrease in value?

A review of pending sales (homes going under contract) quickly reveals the local market did suffer from the sub-prime market problems. Buyers with credit issues or limited funds for down payments quickly found mortgage sources were disappearing.

With fewer homes going under contract, fewer homes were reaching the closing table.  There were slight glimmers of hope in January, May, and July (2007) as those months exceeded the sales levels for the same months in 2006.   In August 2007 closed sales began a decline that continued to the end of the 2007 resulting in closed sales for 2007 being 13.8% below 2006 sales levels.

Locally home owners resisted the downward price and over 1700 homes in Coweta were removed from the market in 2007 as their listing periods expired without a sale.  Some of the expired homes were returned to the market with changes be it price, broker, physical condition, or new expectations.

So is there any positive news?

These are positives in my view for our local market.

Excessive inventory translates to selection and concessions for buyers.  Buyers in this market do not have to settle for less or pay over market prices due to the number of available homes.  Now admittedly some buyers get emotionally attached to a home and do not negotiate fearful they might lose their dream home, but that is not the average buyer today.

I am happy to announce West Metro Board of REALTORS in Carrollton GA has scheduled me for a full day of training April 23rd at their office on Bankhead Hwy.  If you own a Smartphone or thinking about buying a Smartphone then you want to be there!  We are having 6 hours of training with 3 hours of hands on training, so bring your chargers.  If you have any questions on what will be covered I have a link below on the class schedule.

Smartphone users, feel like your Smartphone is smarter then you?  Do you want to work Smarter not Harder?

If you don't currently own a Smartphone but know you need one, then ATTEND!  Normally 25% of my classes are agents thinking about buying a phone and I am there to help you decide what is best for you and where the best deals are.

Here's a link for more info; 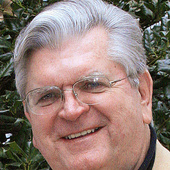