Whenever there is a sound and true method of installing a product, why do people try to experiment.  On a recent inspection I observed this foundation pier to be correctly installed. Although it looks like the HVAC vent is resting on the pier, that is for a later blog.

I went further under the crawl space and observed: When I saw this situation I immediately knew it was improperly installed.  The reason for this is when a concrete block is properly placed for bearing a load the holes in the block are facing so that they may be filled with concrete or re-bar to substantially increase their strength.  All of the load on the block is distributed along the entire circumference, outer edge, as well as utilizing the inner supports of the block.  When blocks for support are placed this way only three points of the block bear the load.  You can see either that the block was not stacked correctly or the load is causing the pier to shift out of square and plumb.  I turned around and saw this: Just a minute.  If a building code inspector from the County, which we don't have, saw this I'm sure it would have been corrected.  These blocks only touch in two places for their support.  Are we saving the cost of two to three concrete blocks?  When the floor sags and is not level anymore, it will be too late.  It can be fixed but why do an initial installation like this that causes others to repair it?

Like
Lucas Taylor
Keller Williams Miami Beach - Miami Beach, FL
Thank you for the great education. I learned so much from your post.
Like
Sheila Anderson
Referral Group Incorporated - East Brunswick, NJ
The Real Estate Whisperer Who Listens 732-715-1133

Good morning Vince. Go figure...? I see this sort of thing a lot but without a certificate of Occupancy everywhere this will continue to happen.

Lucus, Thank you.  You never know what you are going to find out there...

Sheila, Good morning to you, I believe it will continue in place with no true regulations.  Our clients interests are at stake.

David, thank you and you are on target!

Was the crawl space vented? I bet the inspector did'nt even look in the crawl space. if he did then it would have taken him a week to stop laughing at it.

I have a post in the morning about some issues in the crawl space as well.

Have a good week ahead in Forsyth, Missouri.

Clint, The crawl space did have four manual vents an one large 4' X 4' wooden door opening.  Not enough for my liking but vented a little.  There were some drainage issuses that were most important to deal with and the new home buyer seemed very eager to drain the water away from his new house.

Keep busy in Carlsbad, my friend,

Vince, I've always believed in doing the job right and even more so believe that it takes just as much time or less to do a job right as it does to do it wrong.

Hi Nick,  You just  wonder what people are thinking, sometimes.

Thank you for sharing this post, and your knowledge.

Hi Kristopher,  you just never know what one will find out there.  That's why we are there to help your clients.

Sometimes I think it's the "Do-it-yourselfer" who installed it without a clue. But I often find "Professionals" take shortcuts where things are less visible thinking they can get away with it. It's a shame so many people have poor work ethics.

Cheryl. you are exactly correct.  Sometimes it has to do with no codes in a particular area and people do what ever.  If you looked at my example above,( the last picture), the person saved a total of 3 blocks, really??? 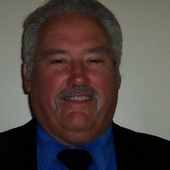