Washington Township residents and Zoning Board members are still concerned about the effect the proposed CVS could have on the residential neighborhood.

Traffic at the intersection of Washington Avenue and Pascack Road could run more smoothly if a project proposed by the county is done, according to Gary Dean, a traffic engineer for a planned CVS at the same intersection.

Currently, there is an average wait of 95.8 seconds for drivers, according to Dean. The county plan would cut it down to about 38 seconds, he said.

"It's a significant improvement," Dean said.

Dean spoke about the county's plan at a Washington Township Zoning Board meeting Tuesday. First Hartford Realty and CVS have applied to build a new 14,500-square-foot CVS at the corner of Pascack and Washington and, as a condition of the plan's approval, have offered to donate a portion of the site to the county for the intersection improvement.

The site of the proposed CVS is located in a residential zone. Board members and residents have expressed concern about adding a large retail use to the site, which currently has several houses built on it.

About 2,000 vehicles pass through the intersection on Washington Avenue and about 1,000 pass through on Pascack Road during the peak hour, from about 5 to 6 p.m. each week night, according to Dean.

"It's a pretty inhospitable place to put a single-family home," Dean said.

The CVS would likely draw 76 vehicles during the peak hour, half of which would have passed by the site anyway, according to Dean. The store would likely see about 644 vehicles visit each day, he said.

Dean said that the extra trip through the intersection would be a left turn, negating any delay for other drivers because the county improvement will add new turning lanes. Statile disagreed.

Board members asked Dean to give them a more detailed look of how the store would affect the surrounding neighborhood at other times besides the peak hour.

"I'd like to have an idea of what this store will do during the hours of its operation," board Chairman William Johnson said.

Dean said he would look at the number of customers similar CVS stores in the area draw and would compare it to the existing traffic reports for the site to give board members a more specific expectation for the site.

The hearing is scheduled to continue at the board's November 20 meeting, assuming that Dean has been able to complete the new report in time.

We all knew it. It's Coming!!! The board and the administration do not have the guts or community concern to enforce the Master Plan or give credence to its citizens.

Time to start a group to run independent candidates and get rid of this whole bunch of Schroeder-tainted hacks.

"Concerned" is correct. We already have one big box pharmacy in town (Rite Aid) and another CVS in nearby Westwood, so why go against the clear mandate of the Township citizens and apporve this, which will only further congest Washington Avenue? Try improving the Parkway exit mess first, before creating another one. 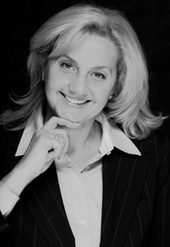 Our Bergen County Real Estate Market is changing everyday. With the changes there are many opportunities for Buyers. Interest rates are low and homes are afforable. Bergen County home sellers have become negotiable. Sellers that must sell, but don't have enough equity in their home, or owe more than the market will bear should talk to a Professional that understands how to deal with this type of situation. I am a Full Time Realtor, available 24/7, serving All of Bergen County New Jersey as well as The Northern and The Pascack Valley of Bergen County, Edgewater, Fort Lee, Paramus, Oradell, Norwood, Northvale, Harrington Park, Old Tappan, Closter, Alpine, Saddle River, Ho Ho Kus, Washington Township, Westwood, West New York, North Bergen, and even Hudson County. Working with first time Buyers is also one of our Specialties. We are here to help!