Luck meets opportunity….while staying in Pacific City Oregon with my Eat&Read Group (an eclectic bunch of women who are world travelers and come from various backgrounds who’ve been meeting for over 20 years), we had the morning pleasure of being graced by Mother Nature at her best.

We were eating breakfast when this view appeared. This rainbow started out slight in color and a sliver over the rock to the left. I grabbed my camera and with bare feet, ran out to shoot.  It continued to brighten as I took photos. Rain was splattering my lens, and I was wearing my "jammies" and getting wet, but didn't care.

As it turned out later, I caught one photo with a bald eagle as a tiny brown spot up towards the top, who looked like he was heading past the rainbow. For any photographer trying to get a landscape photo in Pacific City Oregon and then having to switch to high motion in the next shot, it's nearly impossible to get something clear and closeup when it isn't planned. One of the women yelled, "there's a bald eagle!" and I turned and shot the dark movement across the blue-gray sky. It wasn't the best, but hey, at least I got it!

To my delight, it became a double rainbow, and arced clear across the sky. (Be sure and check out other Oregon coast destinations.)

Beautiful - you were where you were meant to be!

Wonderful photos Gayle... Rainbows, especially at the ocean are not always easy to catch. Pacific City is such a great little place. I've driven through there several times when work took me to Oregon. If I remember, isn't that Haystack Rock?

That is a triple WOW, WOW, WOW.  A rainbow is the indication of beautiful things to come, and we wish you a lovely day. A

Janet, I love ALL rainbows and it's the 2nd time I've been able to capture a double rainbow when I didn't know it was there! (Good blog today, by the way...I'll be re-blogging it soon).

Ed&Celia~thank you for the "catchy title" comment--you made me smile with gratitude!

Rene'~Haystack Rock is actually in Cannon Beach, north of Pacific City about an hour or so. I can see where it can be easily confused. I have yet to find out that name of THIS rock, but it sits right in front of my dear friend's home on the beach.

Here is my lovely friend, Lavilla, heading out for a walk on the beach. What a breathtaking views... Thank you for sharing with us.

Lovely rainbow, eagle and don't forget to mention our HAYSTACK ROCK!!  Weren't you, indeed, lucky when this opportunity presented itself.  The Oregon coast may not have the sands and beach of, oh . . . Santa Monica or Malibu down south, but we sure do have our own beauty to be sure!

Well, Patty, I don't think anyone can top "magnificent" and "wow"!

Ok, Tatayana--breathtaking is pretty good. too!

So, Carla, it's not Haystack Rock, even tho it looks like it.  Haystack is in Cannon Beach. I'll have to find out from my friend, Lavilla, the name of this rock. Glad you liked it nonetheless!

Gayle, breathtaking photos.  And, I must tell you that I belong to two book clubs and in one of them we "Book Reservations" so I appreciate the eat and read orientation of your group!

Gayle, only in paintings may one might say it could be so perfect, but then in Nature, God creator who could expect anything less. And you know how I feel about your photo's, simply breathtaking!

So nice talking to you!

Awesome photos. Never know when you will be graced by mother nature.

Are you sure that you were not eating Lucky Charms for breakfast? Doesn't the rainbow end at a bowl of Lucky Charms?

Hi Gayle..You know you could sell these photos! I bet you were just giddy with the display of gorgous nature knowing your camera was not far away!

Joanna, aren't book clubs the best?  I just picked up one at Costco that's nonfiction called The End of Your Life Book Club by Will Schwalbe (an autographed copy!) Can't wait to read it. It's an inspiring true story of a mother and son as she battles pancreatic cancer.

Elle~LOVED our conversation!!!  More to come I hope. Glad to know that we have such things as digging in worms in common!!

Carl, I sure honor Mother Nature!

Melissa, I DO think I found the pot'o gold at the end of the rainbow....

Cindy, how you make me blush...and yes, I WAS giddy--you should've heard me describing it to my husband--such a kid I was and couldn't WAIT to get back and download them on my computer.

Gayle, Those are some gorgeous photos!  Great job capturing them!  Have a great day!

Stunning Gayle and you know how intrigued I am with the Haystack Rocks of Cannon Beach. When I come back and visit I'm going to have on my rubber boots so I can see it up close and personal. You captured beautiful photos and I wish I was there right now!

My apologies to Rene and Carla, as you are RIGHT--this is another Haystack Rock. I stand corrected!

Kristin, can you believe that Lavilla is EIGHTY-ONE??

Miss Kris, I'm happy that this reminds you to come back this way. Oregon and I miss you and await your return. This Haystack Rock is further south than the one you photographed the first time.

Just kidding - love the photos and this reminds me of our recent trip. Happy memories.

Glad you have visitors coming to check out the house and I'm keeping my fingers ( and toes ) crossed. ;) 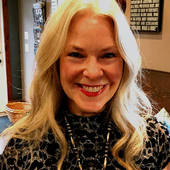